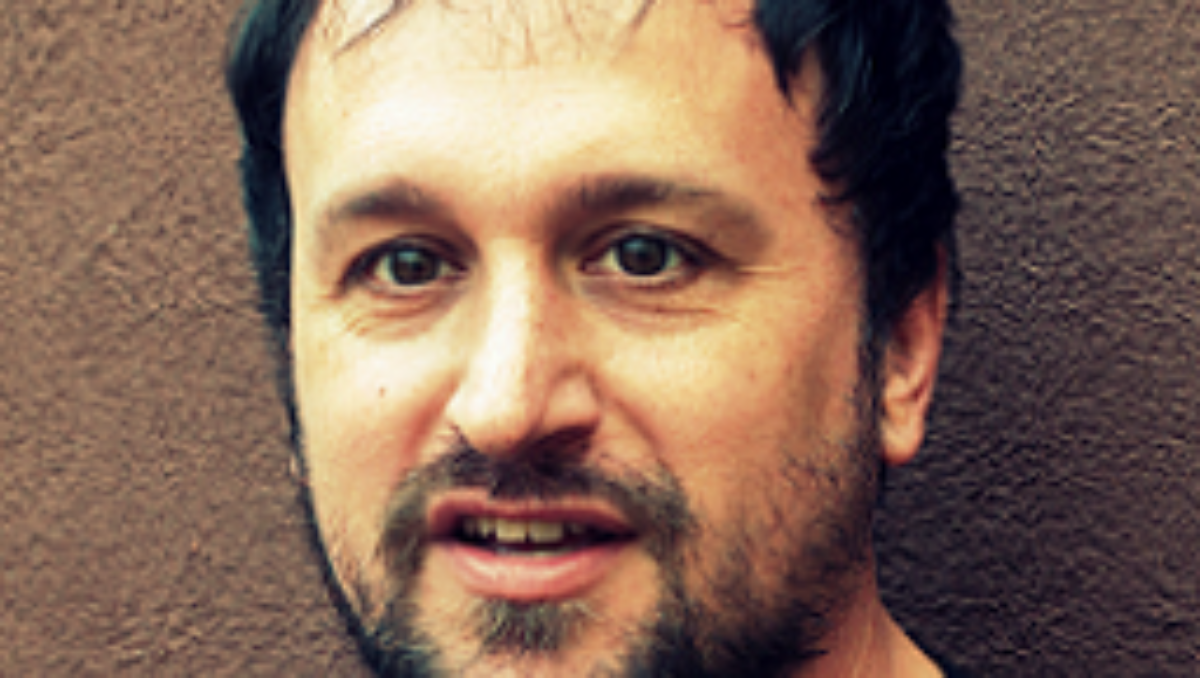 In this installment of “Take Four,” we speak with Issue 4 contributor Joseph D. Haske about narrative structure, blood feuds, drinking, and the pleasures of writing in and about Michigan’s U.P.

FWR: Your novel North Dixie Highway is very much about place, but it seems just as much about time, especially its ability to deepen wounds instead of healing them. It is painful to watch the book’s narrator obsess about killing his grandfather’s murderer, a man who, for very practical reasons, he can never reach. This kind of abiding hatred—this concept of “blood feud”—is often associated with small, rural communities like the novel’s U.P. Do you think that these wounds really do run deeper there, or is the distinction just a cultural fantasy?

JDH: Based on my experience living in both small towns and in cities, I think it may be a bit of the two things, tendency and cultural mythology. In American literature, particularly in rural fiction, as you’ve pointed out, the wounds do run deeper and vendettas tend to linger on, and I think that the blood feuds represented in rural literature do convey a sort of truth about how problems in general are handled in small towns as opposed to cities. Of course, with the globalization that’s occurred in the past couple of decades, and the unification, albeit superficial, that results from our cyberspace connections and the subsequent instant gratification, I’m not sure if these urban-rural distinctions exist in the same way they used to, or at least they aren’t as marked as they were before. Traditionally speaking, though, small town people have handled feuds differently than those in the city. That’s another reason why time is important in North Dixie Highway, because the novel takes place during the decades leading up to this shift, before the widespread use of the internet and the movement toward globalization. Up until that time, rural areas were much more ideologically isolated from urban centers than they are now, which, perhaps, made small towns more distinct in character. This fact was not lost on writers such as Twain, Faulkner, Caldwell, O’Connor, and others, and they did well emphasizing these differences to add another layer of sophistication to their respective fictional masterpieces. I believe that these writers recognized that there were real differences in how people handled problems in the city as opposed to rural areas, and they realized the importance of conveying these differences to demonstrate how the concept of community varies from place to place.

Simply put, the city has typically symbolized progress, and in much of the fiction set in the city, people handle traumatic situations differently than country folk. City dwellers may feel less able to act on the murder of a loved one because of the relative anonymity one experiences: there are so many people living in the city, where does one even begin to search for the murderer? Also, there are more random acts of violence in the city, so a person might become desensitized to some extent, and you might learn to mind your own business if the crime does not directly involve you or your family or friends. Having fewer people involved in these situations could accentuate this feeling of helplessness. This is certainly not the case in a small town. Everyone typically knows one another in rural areas, knows more than they should know about everyone’s business, and it’s much harder to keep a secret, to hide a murder, for example, without people finding out. For better or worse, the entire community would be affected by such an event, which might just as easily agitate the situation or help lead to resolution.

FWR: The chapters in your novel alternate between two consecutive decades in the narrator’s life. In the first he is a boy just shy of adulthood and in the second, a man just on the other side of it. It is easy to discuss the novel as a collection of linked stories, or as two intertwined novellas. When did these stories come together for you, and why do you think such modular forms appear to be gaining popularity?

JDH: North Dixie Highway actually began with a few independent stories, not as a novel per se, but I noticed a consistency of theme, voice and conflict and knew that it had to be a longer work—that the storyline deserved multiple angles and the kind of complexity that is more easily achieved in the form of a novel. You’re right that one might classify the book as intertwined novellas, or, perhaps, a unified collection of stories. Once I decided that all of this would end-up as a longer project, I tried to achieve an elusive, if not impossible, task: to write a novel constituted of chapters that work autonomously as stories. In some cases, I think I was able to achieve these story-chapters, and with other pieces, maybe the chapters are less effective as stand-alone pieces. In order to create unity in a longer work, a writer must, in most cases, sacrifice the autonomy of individual sections, whereas a truly effective story should be self-contained, so this can prove sort of contradictory. I admit that some of the chapters in the book are quite dependent on the book as a whole for their effectiveness, but they have to be in order to carry the work as a novel. The novel and the story, at least in a traditional sense, are truly distinct art forms in many respects, but such boundaries are often blurred in contemporary writing, and I suppose I was working to capture some of the elements that make both of these forms successful, combining the intensity of effect in the short story with the unity and development of a novella or novel.

The temporal shifts, I believe, are useful for showing what has changed and what’s stayed the same with the narrator and his physical setting as the story progresses. There are major gaps between events, of course, using this method, but I tried to follow the model of many great contemporary writers and tell the story through everything that is both there and not there, with multiple narrative lines boiling just under the surface.

I don’t know if I can speak for the popularity of modular forms, other than acknowledging that there has been a trend in this direction in contemporary literature. It probably all started with the fragmentary nature of the early 20th century modernist movement and the stream of conscious narrative. Then, at some point, it became a real trend in books, then film, especially in the 90’s and beyond. In the case of North Dixie Highway, it just seemed like the best approach to tell the type of story I wanted to tell: the narrative pattern reflects the state of mind, the consciousness of the protagonist. That may or may not be the goal of other writers who utilize this sort of modular form, but it was my primary motivation.

FWR: How important to you is faithful representation of a character’s consciousness, compared to more technical concerns like plot?

JDH: I see where you’re coming from, but from my point of view, with the way that I work, representation of consciousness is intertwined with plot—the two things can’t be exclusive of one another. I certainly care much more about representation of consciousness than some highly-structured, Victorian notion of plot, but I pay a great deal of attention to the structure of the work as a whole and how the story unfolds, even if the plot isn’t organized in a “logical” manner. The human mind isn’t logical, after all, so even though it’s impossible to mirror the function of the human mind through literary artifice, works such as Ulysses, for example, or even earlier examples of the novel, such as Don Quixote, or Moby Dick, come closer to achieving the desired effect. I guess that the point is that there is often more attention to plot in a novel than meets the eye when one considers that what seems to be a lack of structure, the elements which are not there, often serves as a catalyst to propel the narrative. I think the plot in my book manifests itself as a representation of a sort of selective memory process.

FWR: The characters in your novel do a lot of drinking. The male characters especially seem drawn to both its danger and its necessity, much the same as they are to the prospect of avenging their grandfather’s death. In the end, the two are brought explicitly together with the poisoning of his murderer’s scotch. Why, for these characters, do you think drinking and violence are so important, and so intertwined?

JDH: When I first spent significant time away from the U.P. as a young adult, one of the first things that I noticed was how people in other parts of the country seemed to drink so much less than many people in the U.P. do. I’ve often sat around with friends and speculated about why drinking culture is so akin to the lifestyle of many in northern Michigan. Maybe it’s the long winters, widespread unemployment, geographic isolation—I’m not sure why, exactly, but it’s a significant part of the culture there. Not everybody living in the U.P. is an alcoholic, but I think we have more than our share up there. The characters in NDH are representative of the region in a very real way, and that’s one simple explanation as to why drinking is so prominent in the novel. As a literary device, a character’s choice of alcohol is certainly a mode of developing that character; one can learn a great deal about a person by what they drink. Also, in NDH, as is the case in life, at times, alcohol is used to form bonds, or destroy them, as the case may be.

FWR: Do you have any objections to being known as a “U.P. writer”?

JDH: Not at all. When I was still living in the U.P., I was aware that writers such as Hemingway and Longfellow had written about the area. I knew that Jim Harrison, a native of northern Michigan, although not technically from the U.P., spent significant time there and that he had written extensively about it. He still does, along with fellow best-selling authors like Steve Hamilton and Sue Harrison, the latter a writer from a town that neighbors my hometown.

More recently, however, it has come to my attention that there is a thriving literary community centered on the U.P. that includes people who either live there, use it as a backdrop for their literature, or both. At the center of the movement to bring more attention to Upper Peninsula literature is the playwright, poet, editor, and author of the novel, U.P., Ron Riekki. He recently put together an anthology of new Upper Peninsula works with Wayne State University Press, The Way North, and it just earned a Michigan Notable Book Award. Through his efforts, I’ve come in contact or reconnected with U.P. writers such as Mary McMyne, Eric Gadzinski, Julie Brooks Barbour, and many other talented people. Many of the authors included in the anthology were names that I’d recognized from other important national venues, people like Catie Rosemurgy and Saara Myrene Raappana. Needless to say, there is a burgeoning literary movement centered on U.P. writers, and there are certainly countless other talented writers that I’m forgetting to mention here. The literature of the U.P. includes a broad range of styles and themes, but I’m glad to see that the writers of the region are getting some much-deserved national recognition.