Time was too long each winter.  Each spring
death clung to our tongue.  Just below
it milled failure and success: lambing seasons
that arrived to survive, the job
that finally paid, the art of making love
even when we felt less than whole.  We knew
the Bible would fly off the table
at a moment’s drink.  That the dog’s sound
sleep meant mining activity along the Big Laramie
River had not lasted past 1882.  A hundred years
of lack dread-fed today.  She said something
or other.  He heard something something something.
We cattle-swung regret, lumbering in
from the wheat, our heads jostling side to side,
mumbling as if our mouths meant medicine.
Suicide was not an option.  The pawnshop
was too far south, and we didn’t want to register
defeat.  It was easier to watch documentaries
of the Civil War in the palm of the hand
to a bluegrass backdrop that said those times
of cloud cover were cruel.  The Denver Mint,
too, was south.  The silver had long run
out downstream from what our grandmothers hoped could be
permanent indoor plumbing.  Sure, we’d grown
far enough to shit indoors, but now the smell
of a hundred years of struggle lingered
long minutes inside, crawling
up the wall.  We tried to take
walks, even when it rained, the sound
on our roofs a rustle of restless regret
keeping us locked in homes whose walls
displayed photos of how we’d aged.  Each smile,
given on cue, somehow meant falling through
the boards.  How we thought the present was here
to stay.  How our tongues held dread.  How a spring
lamb, unsteady and weak, might bleat defeat.

George Kalamaras served a Poet Laureate of Indiana (2014-2016) and is the author of fifteen books of poetry, eight of which are full-length, including Kingdom of Throat-Stuck Luck, winner of the Elixir Press Poetry Prize (2011), and The Theory and Function of Mangoes, winner of the Four Way Books Intro Series (2000). He is Professor of English at Indiana University-Purdue University Fort Wayne, where he has taught since 1990.

THE SHATTER OF BIRDS by Javier Zamora 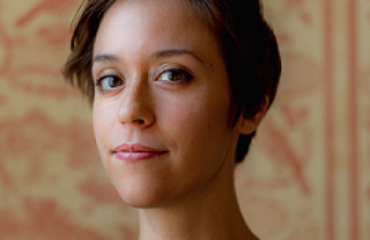