“These poems are from a larger project called Zero Sum, and they come from a section of the manuscript in which the speaker survives a cataclysmic event. Over the days and weeks following, he overhears on his radio these Morse code transmissions in between the interference and static. He translates them as best he can and organizes them into poems.

I don’t want to over-explain them because they rely a little on the unknown as something that would be characteristic of the post-apocalyptic world, but there are a few things that may be helpful to know. The first is that each stanza is a haiku. I chose that form because it is so old and the project is concerned with what survives over time—and often times what doesn’t—and also because the form makes me think about language in a way that also seems appropriate for the world in which they are written (a spare, barren sort of language).

The titles—“m+3” and “m+11” and so on—tie back to the name of the event that brings the world to an end. The event is called The Miranda. Miranda is the character in The Tempest who has the famous “brave new world” line, and the poems themselves actually started with language borrowed from The Tempest; but, they’ve gone through so many revisions now and put into this form that that may not be recognizable anymore.

Everything else I sort of want to leave up to you to experience how you will experience. Obviously you are free to google the GPS coordinates and find out where those transmissions are coming from. Those locations were chosen for a reason, but I sort of want that reason to be open for interpretation.

Thank you to Four Way Review for publishing these and working with me on pairing the sound clips of the Morse code transmissions coming through with the poems themselves. I think that’s a really exciting way to experience the work.

I’m really honored to be a part of this issue. I hope you enjoy.”

Begin the series by clicking here…

P. J. Williams was born and raised in North Carolina, where he taught three years of high school English before moving to Tuscaloosa to study in the M.F.A. program at The University of Alabama. His poems appear or are forthcoming in PANK, burnt district, Specter Magazine, Mixed Fruit, Salamander, Crab Creek Review, and others. He is co-founder and lead editor of Utter. 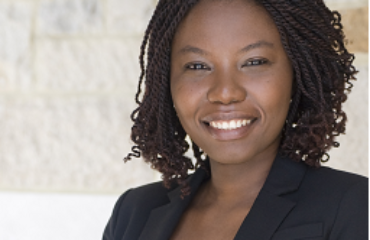