Nezhukumatathil was the 2016-2017 Writer in Residence at the University of Mississippi, where she is a professor of English in the MFA program. She has received, among other awards, a Pushcart Prize, a fellowship from the National Endowment for the Arts and fellowships to the MacDowell Colony. She is also the author of three previous poetry collections: LUCKY FISH (2011), AT THE DRIVE-IN VOLCANO (2007), and MIRACLE FRUIT (2003)–all from Tupelo Press. Her most recent chapbook is LACE & PYRITE, a collaboration of nature poems with the poet Ross Gay.

Wednesday, 15 May 2019 by Aimee Nezhukumatathil 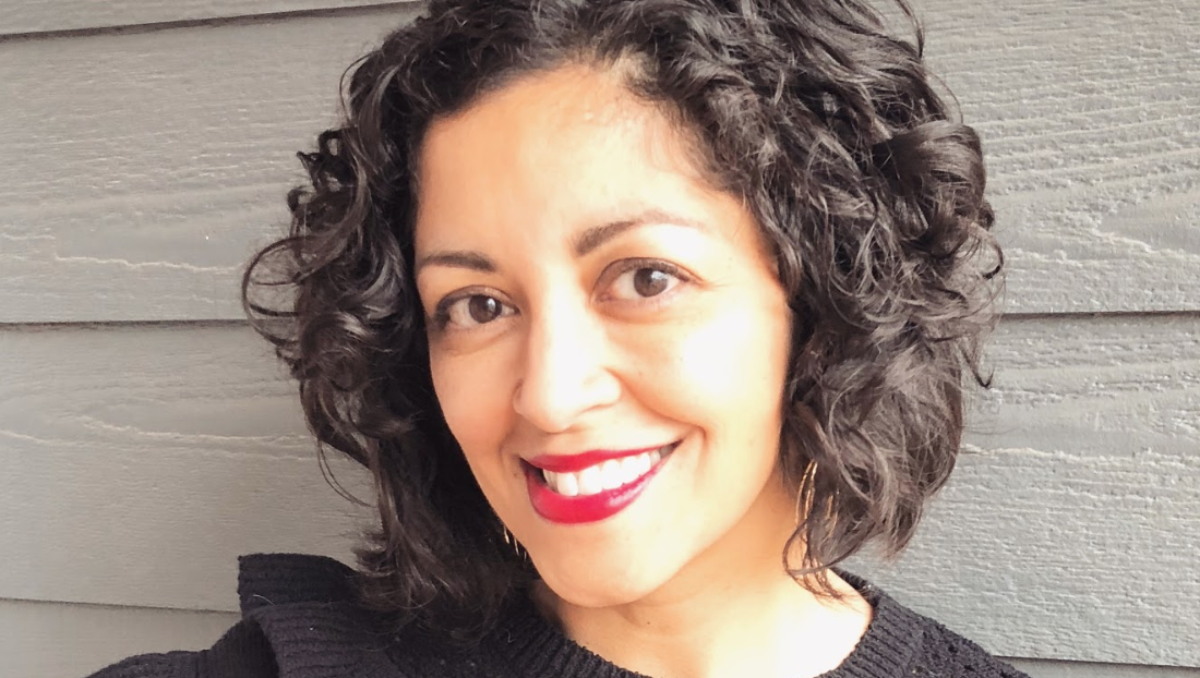 Oceanic is the fourth collection of poetry by Aimee Nezhukumatathil (Copper Canyon Press, 2018). Concerned the fragility of the natural world and the humans who live within it, Oceanic moves in and out of ecopoetry. She explores various forms, creatures and voices to create a vivid portrait of a world at once beautiful and at risk of irrevocable change.

Nezhukumatathil was the 2016-2017 Writer in Residence at  the University of Mississippi, where she is a professor of English in the MFA program. She has received, among other awards, a Pushcart Prize, a fellowship from the National Endowment for the Arts and fellowships to the MacDowell Colony. She is also the author of three previous poetry collections: LUCKY FISH (2011), AT THE DRIVE-IN VOLCANO (2007), and MIRACLE FRUIT (2003)––all from Tupelo Press.  Her most recent chapbook is LACE & PYRITE, a collaboration of nature poems with the poet Ross Gay.

FWR: What spurred the writing of Oceanic?

AN: I never set out to write a book—even after 4 books, I still find that prospect daunting. Instead, I focus on the individual poems, getting those done week after week. And sometimes some quiet times in between too. Lots of ‘not-writing.’ And after some time, I take inventory of my poems and see if anything is gelling together or having arguments with one another.

FWR: I was struck by the appearance of the haibun in your collection. What brought you to this form?

AN:I started experimenting with haibun more seriously after having my first child. I was head over heels in love with this new creature and while I loved articulating this newness in poems, I also wanted to be private about this special new time for my family. Traditionally speaking, the haibun’s focus is on landscape or travel—more outward than inner observations, though of course how you describe the outdoors can evoke an inward glance. During those sleep-deprived months, I could just about think in haibun and then write haibun more than any other form. Something about that concentrated sensory experience with a sort of ‘rose clipping’ (the haiku) at the end was very conducive to my state of being those heady first years of being a new mom.

FWR: While thinking more broadly of form, you range through different forms, utilizing prose poems and ghazals, and dipping into poems that seem their own form (“Daughter” and “Too Many Cooks Spoil the Broth”). Could you talk a bit about your relationship to form?

AN: I love using form as a way to corral and round up the ecstasy of writing a line that wants to unfurl messily down the page. I’m all for mess, don’t get me wrong, but sometimes a large initial image needs a little belt-tightening, a little trimming—so it becomes a puzzle in the best sense of how to lock and align your poem to a form.

FWR: I’d love to look specifically at “The Falling: Four Who Have Intentionally Plunged Over Niagara Falls with the Hope of Surviving.” These poems seem to speak to a love of destruction inherent in us (whether causing pain to another or the planet). Yet, there’s such joy in the destruction rendered in these poems, even as Annie Edison Taylor says, “Don’t hate me because I sent the cat first” or “Look / at your life: it can count” from the “Steven Trotter” section. Could you expand on what drew you to these poems?

AN: My (not-so) naughty little secret is that I read way more natural history/ science/ history/ biographies than I do actual poetry. I remember reading a newspaper article that celebrated the anniversary of Annie Edson Taylor’s first plunge over the falls, and I just became intrigued/ horrified/ delighted about the history of the number of people who intentionally went over Niagara Falls. Many of these people died in relative obscurity and I was hungry to hear their voices, their rationales, their fears, and their desires through a contemporary lens with persona poetry.

FWR: I’m interested in how you play with images of the body and motherhood, and juxtapose those against images from nature. In doing so, there’s a freshness that appears (I’m thinking of a poem like “In Praise of My Manicure” or “The Body”), which might seem pat in another’s hands. Did you find yourself resisting any of these poems or images?

AN: Thank you so much! But no—98% of the time, I start a poem with an image and I’ve had to learn to trust my digging towards (and away) from that image to see why it had lingered with me in the first place.

FWR: I saw that you are working on a book of illustrated nature essays (World of Wonder, 2020, Milkweed)— how is the process of writing essays different from (or similar to!) the writing of poetry? What lead you to that project?

AN: It came from a very real and deep love and wonderment about the animals and plants of the world that don’t always get heralded or adored. I feel lucky that though my parents did not directly encourage my writing; they very much unintentionally encouraged it by making sure my younger sister and I had family road trips to outdoor landmarks all over this planet from such a young age, and they taught me the names of animals and plants that weren’t usually found in zoos or nurseries. Most of all, they showed me by example what it means to be curious about this planet: it means you’ll never be bored or lonesome. How could you, knowing there are such wondrous creatures that live below hundreds of feet of ice, or deep in the backwaters of south India? But in all my reading as a young girl—I never saw brown women authoring these books. Of course, there must have been marginalized voices writing and publishing about the outdoors back then, but I certainly never had teachers who taught these authors. And I tried and tried to find them in the library myself to no avail. One would think brown women did not even go outside if you looked at the average library shelves in the 70s and 80s. This absence of Asian American voices praising the outdoors, naming the precariousness some of these animals, and frankly showing how extraordinary this planet’s strange and beautiful inhabitants are before they disappear is something I’m hoping to remedy.

FWR: Is there a poem (or poems!) that you love to teach or share?

AN: I love to teach Naomi Shihab Nye’s “Mint Snowball.” It’s quite literally the first poem I ever fell in love with from a living writer, and I love to see the smiles and delights on my students’ faces when we discuss it together now too.