Jon Bohr Heinen’s writing has appeared in the Cimarron Review, Florida Review, Tusculum Review, and The Boiler, among other places, and has received special mention in the Pushcart Prize anthology. The opening chapter of his novel manuscript, Empire of Dirt, was the third-place winner of the 2019 CRAFT First Chapters Contest. He teaches at the College of Charleston, where he serves as managing editor for Crazyhorse, and is a staff member for the Sewanee Writers’ Conference. 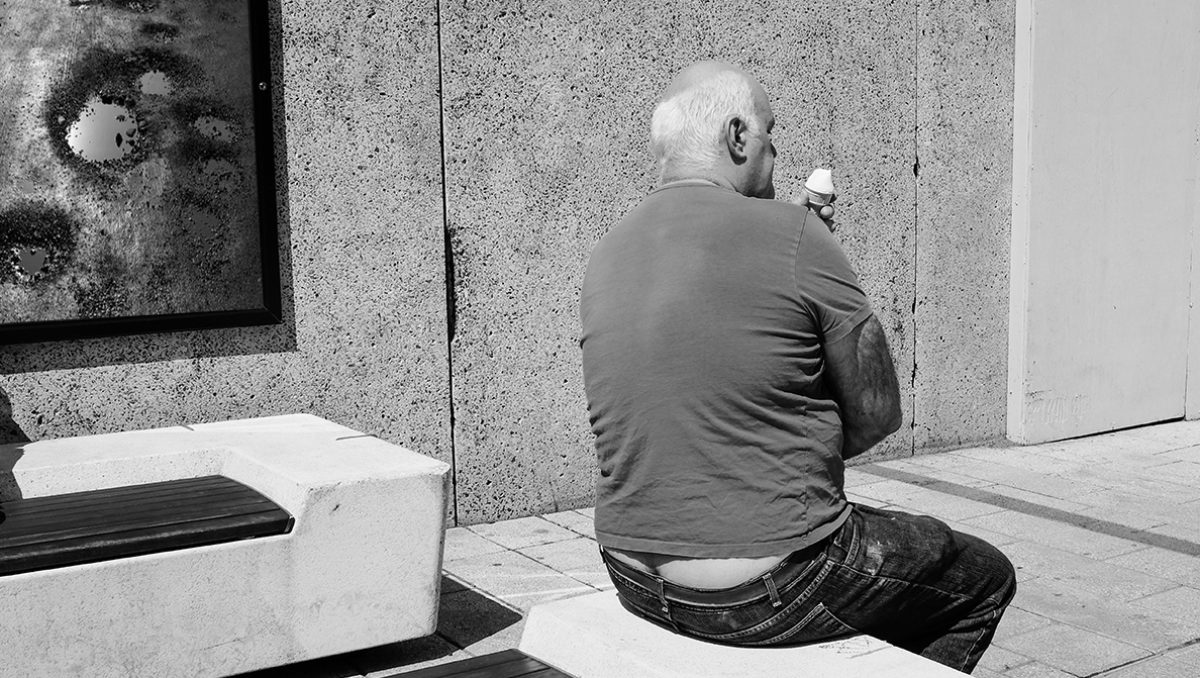 I ducked down a side street when I saw the red and blue lights coming from the police cruisers blocking the Burnside Bridge. My big brother, Joel, trailed after me and asked, What’re you doing? I told him I’d never seen so many cops before; the only policeman I’d encountered was the one who visited our middle school to talk about the dangers of illegal drugs. They aren’t interested in us, Joel said. He took me by the wrist, led me out of the alley, and told me, We just have to make it past them to the river. Then all we have to do is swim.

The streets were wet and slick from rain and reflected the light of the moon. Ahead of us, the Burnside Bridge was drawn, halting passage across the Willamette River to the west side of the city. Officers milled around the cruisers, assault rifles slung over their shoulders, sipping from Styrofoam cups. We were close enough to hear the chirp of the walkie-talkies. A crackled voice said, Please be advised. An officer responded, Ten-four.

It all started a couple months earlier, with a single pothole on Ankeny Avenue. Then there was one on Morrison Street and another in Old Town. Every weekend, our dad picked us up and we crossed the river to stay at his apartment in the west side of the city, and each time we went there—whether we were going to the nickel arcade or on our way to browse books at Powell’s—we spotted more cavities in the streets.

Joel said, Every week it’s worse. But nobody made a big deal about it. In an interview on the evening news, a city council member said, This is just the routine erosion of infrastructure.

Crews were dispatched to make repairs. They came in white-paneled trucks and shoveled fresh asphalt, but for each pothole they patched, more appeared.

The last time we were with our dad, we got frozen yogurt from This Is Culture. We were walking up the street, cones in hand, when a Loomis Fargo truck hummed by. I doubt we’d even remember that truck if it weren’t for what happened next. One of its wheels sank. The truck slumped and came to a stop. The driver punched the gas, and the wheel spun, climbing just a little before the asphalt crumbled and the wheel slid back into the rut. The driver hit the gas again. The engine whined. Black smoke rose, stinking of burned rubber. The tire blew and the naked wheel dropped into the pothole. Then the ground gave way and the front half of the armored truck sank into a growing opening in the street. The driver clambered out the rear door and fled to solid ground.

Let’s get you home to your mom, our dad said.

We crossed the bridge back to the east side of the city. As soon as we walked into the house, we told our mom what had happened. She said she knew we were worried, and that Dad could stay with us for a while if he wanted. In that moment, I imagined all of us back together, like whatever had come between them could be forgiven and forgotten, but our dad shook his head. He assured us the whole thing was just a freak accident. It’ll be okay, he said.

We’d never heard of the Shanghai Tunnels, but once the Loomis Fargo trunk sank into the street, they were on the news all the time. Reporters opened trapdoors and pried open manholes. Beneath the west side of the city was a vast maze, pathways that led to openings along the Willamette River.

Some thought that the tunnels were just an outdated means of transporting goods to and from docked ships, but rumor had it that young men had once been dragged through the tunnels and sold as slaves to ships bound for Shanghai. Whatever the tunnels had been used for didn’t matter much now. The streets were sinking into them either way.

Even so, people carried on as if what was happening wasn’t happening. The city tried to reinforce the tunnels with lumber buttresses, but the streets just crumbled around them, leaving standing ribs of wood and asphalt. They tried to pump concrete into the tunnels, but the trucks were too heavy to drive around the west side. They parked on the Burnside Bridge, long tubes leading out of the mixers, burping cement. Then Big Pink, the tallest building in the city, fell. Forty-two floors worth of shattered glass and twisted metal collapsed into the tunnels, countless bodies buried in the wreckage. The city placed an evacuation order, but not everyone made it to safety before more buildings came down: the Overton Towers, the Wilkins-Spaniel Center, and the Harrison Tower Apartments, where on weekends we lived with our dad.

Our mother couldn’t turn away from the TV after that. He should’ve stayed, she said, speaking to footage of the wreckage on the screen. Joel told her, He might be okay, but our mother shook her head. We hadn’t heard from him in days, but I wanted to believe what Joel believed: that our dad was still beneath the rubble waiting to be rescued.

He was right about the police; they didn’t even notice us walk past when we made our way to the river. We knelt by the bank and dipped our hands into the water. I said, It’s cold. Joel told me, We’ll get used to it. Then we waded into the river together.

We were only waist deep when the current swept us away from each other. I struggled to swim, but I was quickly pulled under, stuck in the current, suspended between the river bottom and the air above it. It was like flying, though I couldn’t breathe. I saw nothing but darkness punctuated with pops of light. I was sure I would drown, and right as my lungs went empty and my throat filled with water, I felt a tug around my neck.

When I resurfaced, Joel had me by the collar and was pulling me back ashore. You’re okay, he said. You’re okay, you’re okay. He got me out of the water and onto the bank. We were far downriver from where we’d started, the police lights no longer in sight. I coughed up the water I’d swallowed and began to sob. Our dad was beneath the debris on the west side, dying or already dead. I wanted to believe there was something we could do, but we couldn’t save him. We’d barely been able to save ourselves.

Joel put his arm around me and said, Don’t cry. Then we sat there, cold and wet on the bank of the river, and watched the city buckle in the distance.