Jessica Johnson writes poems and essays and things in between. Her work has appeared in The Paris Review, Tin House, Diagram, and Poetry Northwest, among other journals, and her chapbook In Absolutes We Seek Each Other (New Michigan Press) was an Oregon Book Award finalist. She lives in Portland, Oregon. 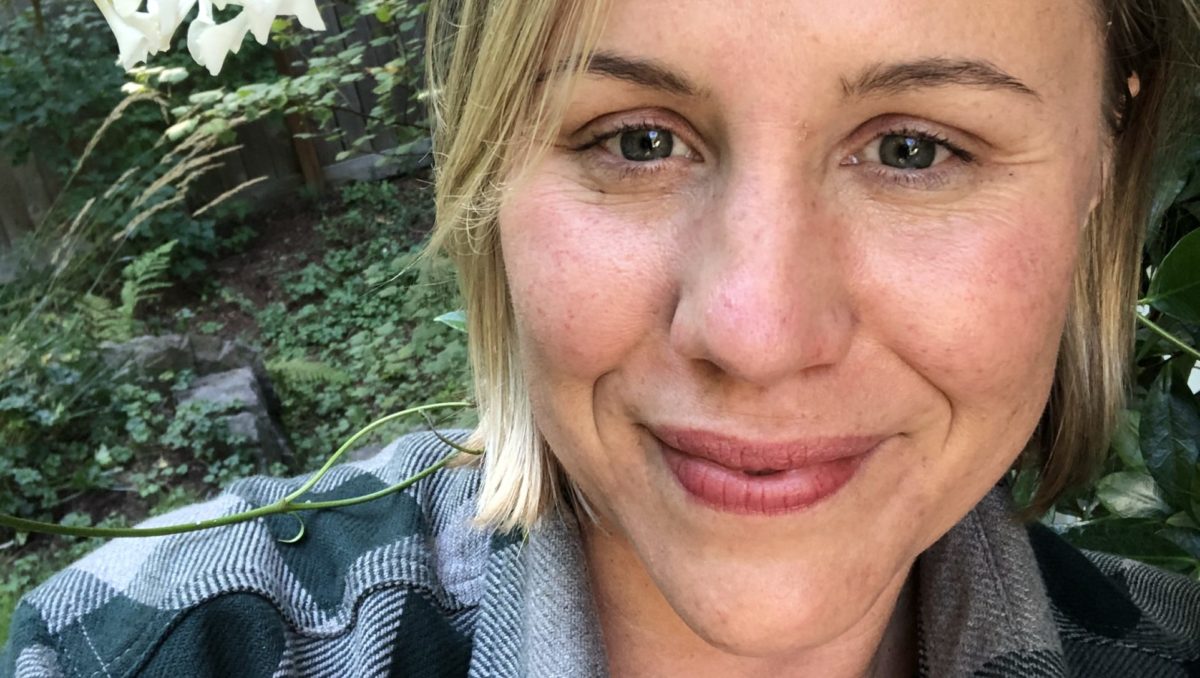 The boy builds a four-throated fish
out of cardboard. The fish lips
flap, blue-taped, from a body that
carried bottles. See! He says
a large-mouth bass. I’d have smiled once
(inwardly of course) at his fine
imaginary, thought him unspoiled, amusing himself
with the trash.

Wasn’t I doing a good
job? The boy, a living sign that I could refuse
the invisible purveyors who would sell him
dopamine hits & strangling masculinity with a side
of fried sugar? The things we buy
without knowing. But this is a cool
summer, air and skin the same, enough water

One trimmed off his own name
to hide his Irishness.
One wrote white
instead of mother’s mother was
instead of no
right designation. One dressed
like a shark, smooth suited, pressed
& pale to compensate
for parents who grew
in foreign soil
on preserved fish & sometimes stank of it.
My people were damned

successful at leaving themselves behind
rushing toward a shrinking
field of safety just inside the blade
of cooling sunlight even
as night came on.

And me, years ago when I had bad
insurance, I saw a doctor for a raft
of pains, a strange doctor
but official. She said the way I move’s all
wrong: from the edge not the center
as if I could just decide a thing & make it so
without getting too close without risking parts (belly, heart)
I couldn’t lose.
She said my problems come
from a thumb too quick
to pin something under it.