Jared Harél is the author of the debut poetry collection, GO BECAUSE I LOVE YOU (Diode Editions, 2018). He’s been awarded the Stanley Kunitz Memorial Prize from American Poetry Review, the William Matthews Poetry Prize from Asheville Poetry Review, and has published poems in such journals as 32 Poems, Poetry Daily, Ploughshares, The Southern Review, Tin House and Threepenny Review. Harél lives in Queens, NY with his wife and two kids. Photo Credit: Ilan Harel 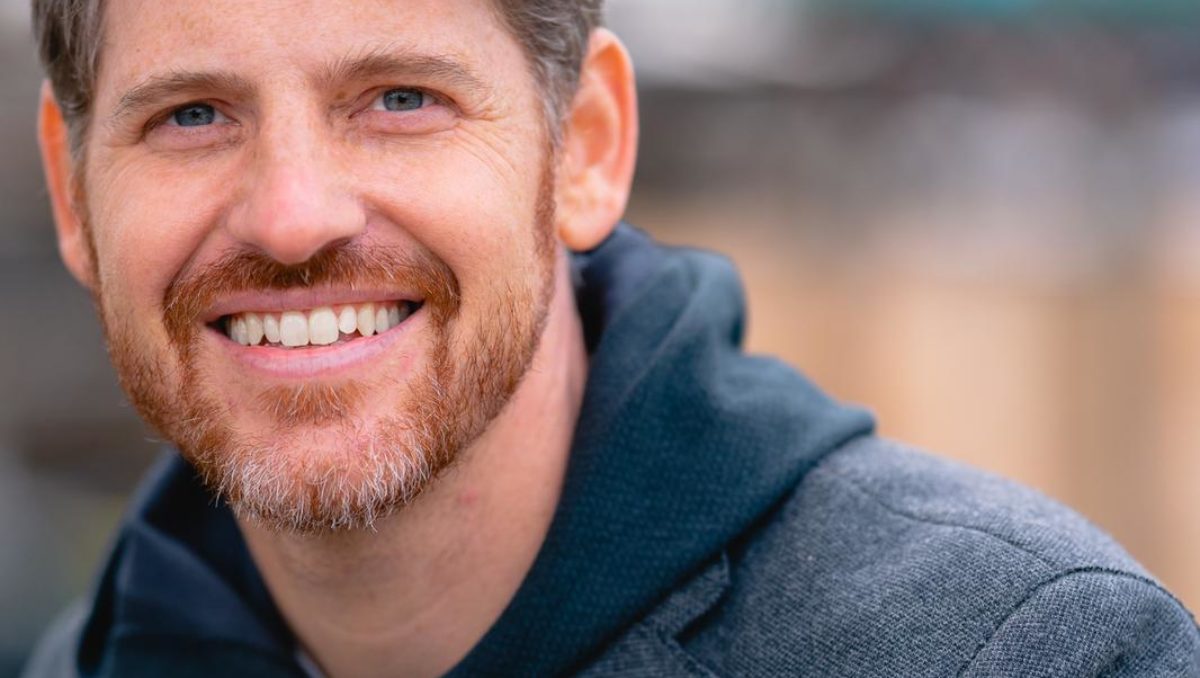 Mother and smother are such similar words,
I can’t help but wonder if it’s by coincidence
or design. Same goes, I suppose,
for father and farther, though I’ve tried with my kids
to be present and knowable, no flicker
of myth, but like a Midwestern turnpike
lapped in steady light. Last night, my mom called
to tell me I don’t call her, though I could tell
through the cellphone that each line
was rehearsed. I could tell she was parked
outside Pathmark or Foodtown while my father
practiced takeoffs out of Republic Airport—
his pale Cirrus curling the traffic-
controlled skies. Last night, my son beat my ass
in UNO—a barrage of prime numbers
and primary colors, then a Wild + 4
put me to bed. Not bad for a four-year old
who sleeps cat-like across our pillows
to nuzzle the fantasia of my wife’s midnight hair
while I get skull-stomped by tiny bare feet.
How will my subconscious calculate
these improprieties? My father, a good man,
flies farther from me daily. We see each other
the way a field spots a peregrine
migrating south. My mother left me
another voicemail today. In UNO, the objective
is to be free of all cards, to detach
from the very contours of the game—but I remember
after he won and yelped quietly with delight,
how my son’s small hands pressed
the scattered cards together, both together
and towards me to reshuffle the deck.

When my daughter turned seven,
she missed being six.

She didn’t want, she said,
to leave her old self behind.

And I, who had turned seven,
then eight, and many more,

sat on the edge
of her warm twin bed

and said, you take it
all with you, you bring all

your selves with you
into the future. I don’t know

what I believe, but I think
she believed me.

I told her nothing is ever lost,
and kept repeating it

till she rose in her nightgown
in the morning dark.