Holly M. Wendt is Associate Professor of English and Director of Creative Writing at Lebanon Valley College. Holly is a recipient of the Robert and Charlotte Baron Fellowship for Creative and Performing Artists from the American Antiquarian Society and a fellowship from the Jentel Foundation. Their writing has appeared in Barrelhouse, Memorious, Baseball Prospectus, Gulf Stream, Hobart, Bodies Built for Game: The Prairie Schooner Anthology of Contemporary Sports Writing, and elsewhere. 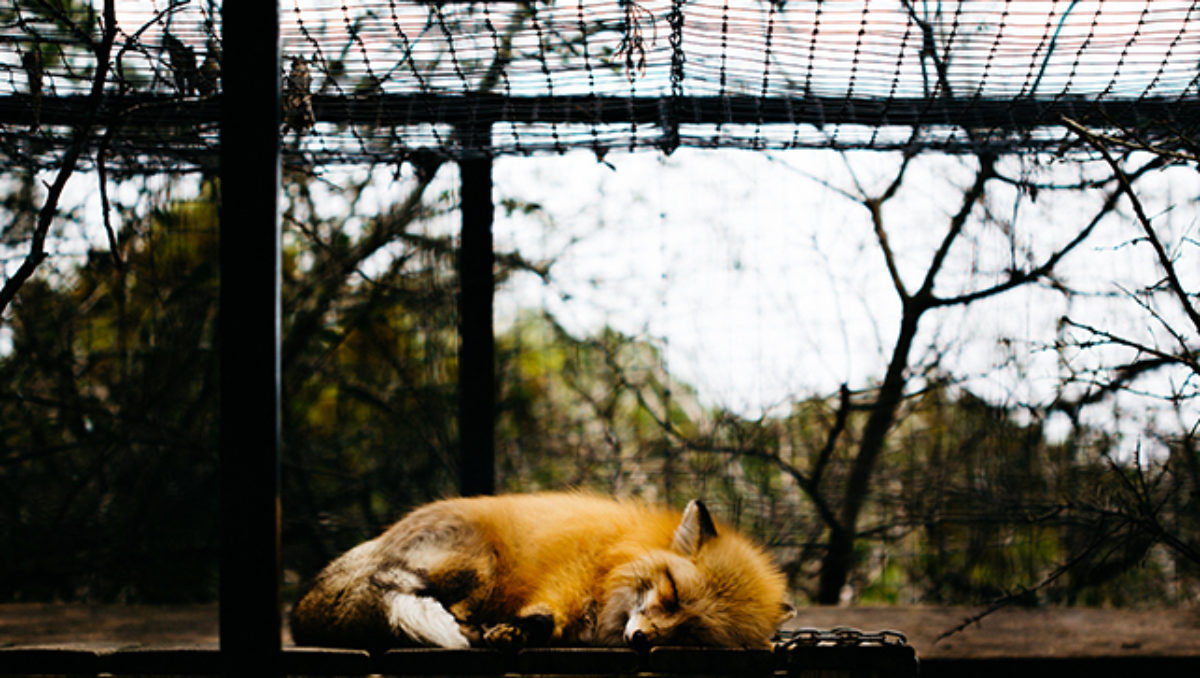 Renaud com richchande thurgh a roghe greve
And alle the rabel in a res, ryght at his heles.
—   “Sir Gawain and the Green Knight” by anonymous

but what is the fox to think, duck-tumbling through green with all the dogs baying at his heels, of the scene unfolding across a hill inside stone walls much higher than the fences the fox can leap, inside the curtains and sheets sweetened with lavender, sweetened with words and hands touching: a man and a woman and the frightful truth that what you give is what you get but only if you’re one of the people in the story, only if that’s how you’re seen. a fox isn’t a person, a fox isn’t given, a fox has to get all on its own: a rabbit, a den, a mouthful of feathers because hunger is a gag in the throat, an acid turn in the belly; hunger is wanting and wanting and when someone does give a fox, it is not the soft part of a bird, not the thing the fox wants but some lines in a poem: a fox is gotten, a fox is given to someone else but only after the fox is dead and only to remind the man in the bed of the wager he made against the fishbone sliver of his life, and no one kisses the fox three times because a fox doesn’t know about kisses—

but the fox isn’t a person no matter the name that’s offered; what good are names if the ink’s half-flayed and no one is who they’re supposed to be, not even the knight? were it otherwise, a fox might turn and fight, a fox might have some kind of agreement, like the man in the bed with another man’s wife (though they’re not fucking, only kissing and that only a little too), but this is not that version. the man in the bed is going to give those kisses right back to the man who is chasing the fox and trying to give a gift of a redbrush tail that no longer hides gold eyes, that no longer follows four fast feet, and it would be a handsome gift—all this soft amber of running, living, warming—but it’s not a gift, it’s a threat, like the horses chasing the fox, too, there behind the dogs, and the fox has tasted horse once. the fox found a dead one and all over its sleek hide the smudge of men and metal, but the bones broke easily enough and the sun-sour meat tasted like life and monsieur reynard doesn’t know what a promise between men has to do with foxes—just the same as a boar doesn’t know, just the same as the hart, both already hunted, both already still and spitted, and no one has to know, do they, to end up dead for it, to end up caught, to end up peeled bare, to end up in someone else’s mouth? and the fox doesn’t know this isn’t to do with food or fur because for the fox it is, and for the man in the bed it’s about keeping clean, which is also about keeping uncaught, keeping unbloodied, and for the woman taking his hand, it’s about finding out where the nail catches the skin and can peel it back—how much comes free in one piece? and for the man on the horse (all these men on all these horses) it’s a game to be played. the man on the horse lost his head to the game and picked it up and walked away, and a fox doesn’t know such a thing is possible because such a thing is not possible in this poem—at least for foxes in this poem—which is old, old, old enough that the pigments have scraped themselves thin. all the blood and the robes that were once real stones, once real things—

it’s the green that lasts least, all this green so lush and growing and false, though there is nothing truer than some shoot’s first twining and nothing truer than the ease of it crushing underfoot; it is not the province of a fox to follow these stems and roots. a fox follows low cuts between leaf and branch and the twisting trails toward warmth and blood. a fox only runs and pants against the pack’s closing howl and lunge—

no one brings such a gift to a fox, to a body so desperate, no one brings water for the tongue dry and lolling, no one brings a soft green cloth to dab away fear’s white foam and bind up the soft underbelly, and no one asks as the strength fails in one limb and another and no one opens a door, breaks a fence, moves a stone—but what bargain wouldn’t this fox make right now right now, what wouldn’t he exchange—