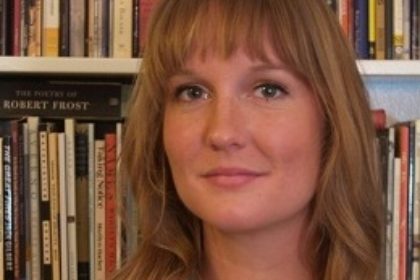 From here, I see the up-thrust of collision,
how the Indio Hills have changed

through time. In a year, the sign says,
we will be standing two inches to the left

of where we are now. I have wasted
the winter on a man who will never

love me. Five hundred miles from here,
my apartment stands on top of this same

fault, just hidden. Nights I can’t sleep,
imagining the forces beneath me

creating a world I’ll never see. In the one
I can, the park closes at sunset.

The light is handsome, but I can’t give it
to anyone. The flowers start shutting down.

Where the valley rises, I can believe
in a future that does not hold us close.

Intersecting, the plates broke through
the earth’s crust until time was visible.

I want us to matter like ephemera:
old stock certificates, the postcards we buy

in the gift store. Driving home, we pass
the air force base, which of course

we can’t see. It’s the army. It’s a secret.
From the overlook I could see

into Mexico. Everyone else leaving
each other in their different languages.

Corey Van Landingham is a Wallace C. Stegner Poetry Fellow at Stanford University, and the author of Antidote, winner of the 2012 Ohio State University Press/The Journal Award in Poetry. Her poems have appeared or are forthcoming in AGNI, The Best American Poetry 2014, Kenyon Review, The Southern Review, and elsewhere.

LIGHT INSTALLATION AT THE HILTON by Iva Ticic 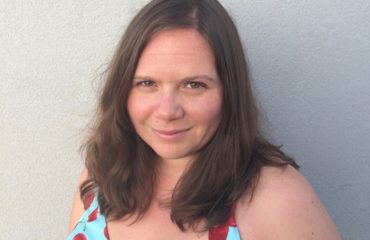