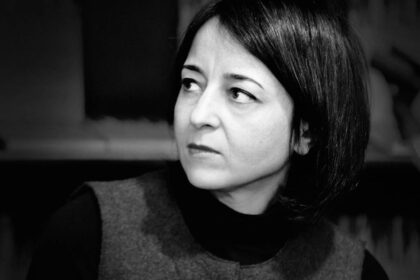 A grave I’m about to dig

As I return home with a dead bird in my hand, a little grave I’m about to dig waits for us in the backyard.

No blood on the washed feathers, two outspread wings, and a dewdrop (some concentrate of spirit?) on its beak, as if it had flown for many days while actually dead.

Its fall was fated in the Lord’s eyes, heavy and diagonal in front of mine.

I’m the one who left my country back there to go for a walk in this forest, holding a dead bird whose absence the flock never noticed,

returning home for a funeral that might have been solemn and grand were it not for the sneakers on my feet.

A gift from Mommy on your seventh birthday

These are the instructions:

—I don’t know what the treasure is either, but here’s what’s written on the box: If you’re lucky, a gift from the pharaohs lies inside!

—No, sweetie, no one in Egypt sent this to you, it was made in China.

—Let’s think. Could it be a mummy, with no internal organs? The Great Pyramid’s tomb before the archaeologists discovered it? The head of Cleopatra after she fell in love?

—You won’t know until you break it to pieces.

—Let’s go out to the backyard first. If we do it here, everything will be covered in dust.

A night at the theater

The man on the bus

who cursed our driver for missing his stop

now sings under a lofty balcony,

looking skinny in his fake hair.

His eyes are smaller than I remember.

while his own wife

(she let everyone know she was his wife)

fights off yawns in the front row

and waits for the play to end?

Juliet was born a very long time ago.

With some help from the stage lights

and her white dress, she looks sad,

and indeed we all know she’s about to die.

Why doesn’t the cameraman take a step

back from the body?

The way he’s doing it

how hard she’s trying not to breathe.

Now members of the two households

put away their daggers, and hunt

for trousers and watches.

Some will dash to the bathroom

before going out to take their bows.

If I were Romeo

so as not to hear

Translated from the Arabic by Robyn Creswell 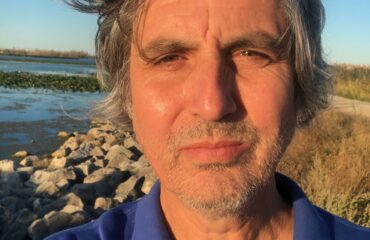