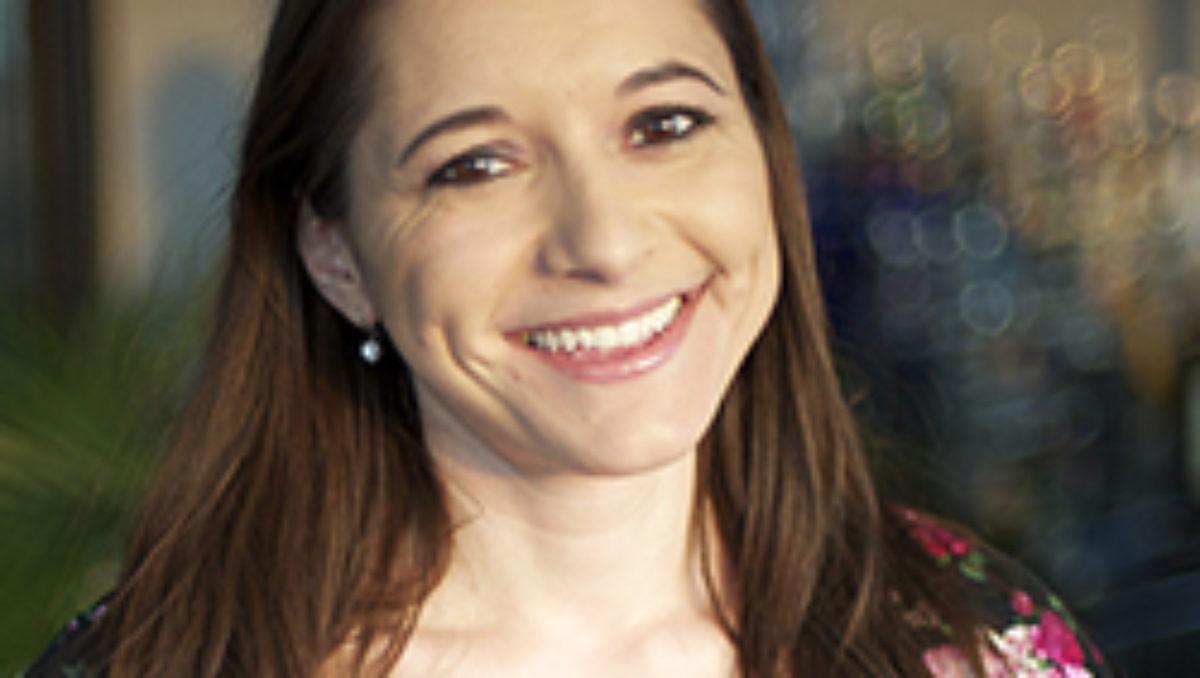 Milena always reminded me of a backdrop to a bleak landscape, a woman unlikely to arouse much conscious consideration, though she hovered around like an uncertain but inescapable future punishment. She popped in and out of our lives at random, insignificant moments. There was, for instance, that typically drab October afternoon in Frankfurt. I was strolling along the river with my mother and her friend Sandra. The harsh wind was blowing dead leaves around our feet, and we were getting our first bitter taste of German fall. I was only half-attending to the adults’ conversation, as I recalled that morning’s history class. The teacher had called on me to summarize the assigned reading. I’d pretended I hadn’t read it, embarrassed by the thought of speaking in front of everyone in my broken German. “I don’t know,” I’d quietly murmured and shaken my head. My classmates bore silent witness to my humiliation, as my heart crawled under my desk in shame.

I caught fragments of Sandra’s story about a recent date with a German banker. “Nothing special,” she snorted, and pulled her mink coat more tightly around her. “He’s insignificant. I’m a bombshell compared to him.”

“You didn’t have fun?” my mother asked.

“How could I? I could smell his bad breath from across the table. At least I got a free dinner out of it. I should focus on Bosnian men again. They understand me so much better.”

Someone suddenly called out my mother’s name.

We turned around, and there she was, Milena. Like some preordained misfortune that had finally caught up with me.

She lived in our dilapidated apartment complex on the outskirts of Frankfurt. The place was a hub for Bosnian refugees. Our families gravitated towards each other, grasping for any sense of familiarity in their new world, for people they could talk to easily, without having to string together awkward words in a harsh, foreign tongue. Milena came from our hometown of Jajce. Her husband Dalibor and my father had been high school classmates, bonded by shared memories of long bygone days, when their pranks had been the talk of the town and a promising future awaited – steady government jobs and apartments in one of Jajce’s new building complexes, vacations on the Adriatic and cars on credit, all the comforts of small-town Bosnian adulthood they could rightly expect to be theirs. And yet it had all turned out otherwise.

My mother always begged me to befriend their daughter Sanja. “Sanja’s your age. Be nice to her. She doesn’t have a lot of friends,” she pleaded. I sometimes halfheartedly tried to draw her out. But attaining popularity among my German classmates was no easy feat for an awkward Bosnian refugee girl, and the last thing I needed was a strange friend like her to set me back. Sanja, with her translucent cheeks and the prominent dark blue vein on her forehead, didn’t seem to care that much for my friendship anyway. Though every once in a while, she did look away from the TV screen and open up to me. Once she fleetingly whispered into my ear, “I hate growing up. It’s so stupid. My period won’t stop. I’ve been bleeding all month.” She’d seen a doctor, she told me. He had advised her to relax. But that must have been difficult in  a household like hers.

As Milena hurried towards us, her long, brown scarf blowing wildly around her, I realized we had not seen their family in a while.

“Are you on some crazy new diet? Have you stopped eating?” my mother asked as she embraced her.

“It just peels off. I don’t know why,” Milena said, and nervously waved her hand into the air. As she did so, the scarf slid to the side and revealed a set of brown bruises along her neck.

“I called you a few times. Nobody ever answers the phone.”

“I haven’t been home,” she said and moved closer to us. Then, with her eyes darting around, as if she were on the lookout for some looming danger, she volunteered in a confiding voice, “I don’t live there anymore.”

“What do you mean? Where did you go?”

“Not too far away,” she whispered. She straightened her back, looked at us and continued. “It’s a shelter for women. Visit me sometime. Sanja’s with me.”

“We’ll come soon,” my mother said and nudged me, a quiet admonishment to stay silent, just as I was about to open my mouth to ask questions.

Milena’s hushed allusions to marital strife were not surprising. All the Bosnian couples around us fought. Alcohol, religion and our many bitter losses were their arguments’ steady themes. The walls in our apartment complex were thin, and gossip about the latest screaming match spread with unbounded fury. Except for a couple of childless newlyweds, who’d married ecstatically in the midst of the worst fighting, as if the unraveling of everything around them had been a dream and not their reality, I could not think of a single family that was unaffected by the complex mess our transient lives had become.

But Dalibor and Milena’s fights seemed more ominous. Like so many Bosnian couples, they had different religious backgrounds. Dalibor was a Catholic Croat and Milena, an Orthodox Serb. Dalibor sometimes complained bitterly to my father, a bottle of beer attached to his hand. “She should convert to my faith. Shouldn’t she?” What am I supposed to do with that woman? If she won’t, she can go to the river and live under the bridge. Or float away with all those ugly container ships. Someplace far away.”

We didn’t talk to Milena much longer that November afternoon by the river. “Don’t tell Daco where I am. He doesn’t know,” she said and walked away from us towards the bridge underpass. As her bony back faded into the distance, blending with the flock of gray ducks that were resting peacefully under the bridge, I wondered about Sanja. Was she still bleeding every day? Or were things better for her in the shelter?

After our encounter by the river, I did not give Milena or her altered circumstances much further thought. Perhaps it was more pleasant not to think of women like her. Or perhaps my own, well-worn worries preoccupied me too much to leave any emotional space for the sorrows of casual acquaintances.

“I guess this means they’re back together,” my mom replied slowly, in a flat voice.

Soon afterwards, we received an invitation to Milena’s baptism. She was to convert to Catholicism in Paulskirche on a Sunday afternoon. We did not attend, and we never went to Dalibor and Milena’s house again. We moved to a different neighborhood where there were no Bosnian families, cutting us off from that epicenter of gossip that was our old apartment complex.

Still, news of Milena and Dalibor trickled in now and then. They were part of the initial wave of refugees that returned to Bosnia when the war ended. I wasn’t surprised. Dalibor had always said he’d be the first in line to go back. To him everything was better in Bosnia, the tomatoes and the cheese, and the air he breathed and the water he drank. But there were food and fuel shortages when they returned, and Dalibor could not get back his old job at the Elektrobosna factory, which  he’d been counting on all along. At first he did some construction work for the United Nations peacekeeping force. In later years, he opened a shop in the town’s center, near the waterfall.

My grandmother still lived in Jajce, and she mentioned Milena to me over the phone. “She looks like an old woman,” she said. “I didn’t recognize her at first. I almost walked right past her.”

Milena wasn’t seen out and about much. Dalibor took over the grocery shopping and other household chores, full of some newfound, seemingly inexhaustible energy. Local women made fun of him when he cheerfully bargained with the peasants over cheese prices at the marketplace. The only time Milena left her house was when she visited abandoned Orthodox monuments near Jajce, or the ruins of the Orthodox Church of the Most Holy Mother of God, near the catacombs. The church was bombed during the war. Nobody had bothered to clean up the ruins, though some stone slabs and fragments of icons still littered the church grounds. She did not seem to mind. She sat among the wreckage, her eyes fixed for hours at some vague spot in the distance.

People also sometimes saw her walking along the Pliva river near the waterfall. She’d stand at the shore and stare at the currents, a brooding, solitary woman who’d aged abruptly and unkindly. Nobody bothered to talk to her or tried to penetrate behind the half-veiled sadness that encompassed her. That is, until the day her body washed up on the Pliva shore at Jajce’s exit, swollen and with some dead leaves and branches tangled in her hair. Then she was suddenly the only thing on everyone’s minds.

Dalibor buried her in the town’s Catholic graveyard. It was a miracle he found an open spot of land amidst the many overgrown, forgotten graves of Jajce’s dead, whose families had emigrated too far away to tend to them.

My grandmother, who was always up to date on the latest local tragedy, was well informed about Milena’s case. “Of course she died of guilt. She never wanted to be a Catholic. Her conscience wouldn’t give her any peace. Why did he bury her in the Catholic graveyard, people ask. It was the final straw. That rogue should have known better.” I wondered what else there was to the story, and what had really been going on behind Milena’s house curtains while we’d treated her as a mere shadow.

For a while, Milena was all that people talked about. But they tired of the topic eventually. The gossip slowed to a trickle and Milena’s story was supplanted by some other, more current tragedy. For some reason, I kept my silent tabs on the remnants of her world. Though I’d never thought much of Milena when she was alive, in death my preoccupation with her grew. I periodically inquired about her daughter and husband. Somebody told me he still had his small store. Sanja worked there, too. After closing the shop at twilight, they usually strolled together across the bridge towards their house, their steps aligned in silent harmony.

After Milena’s death, Dalibor took up gardening. “When it’s nice out I bet you anything he’s out there weeding the flower beds in his dirty blue overalls,” my grandma said. “He’s obsessed. As if nothing else exists. It’s the most beautiful garden in town, though. That much I’ll admit.” I asked her to send me a photograph of the garden, which I now keep in a drawer with some old letters and other sentimental trinkets. Every once in a while, I pull it out and study the image, searching for who knows what, as I behold the neat rows of red and white roses in their springtime bloom, the potted yellow geraniums by the entrance gate and the lilac jasmine trees lining the garden’s edges.