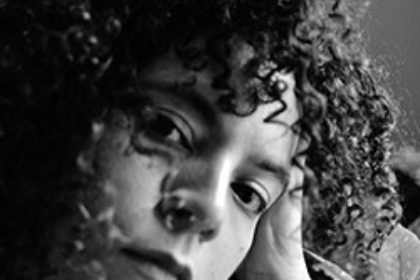 FWR: The “pink pigs” poems from your book Play Dead started as a personal essay for Tran(s)tudies. At what point did you decide to turn that essay into poems? Are the headers and footers in the poems a relic from the original essay, or were they something that came out as you worked on the poems?

fjh: I think it may have been the other way around. The poem began as a poem, and I used it in an essay I wrote for Tran(s)tudies; the essay was about code switching and I used it in this part where I was talking about speaking back to people that I grew up with, in kind of an indirect way into my writing. I can’t answer the question about ‘who you’re talking to in your poems or in writing in general’, but there are moments where talking back to folks that I couldn’t have certain conversations with. And in the essay, I believe I was talking back to some of the girls I grew up with and it was an example of one of those internal conversations turning into a piece. This piece was an amalgamation of a few specific people.

Actually when I wrote it, I had been reading Donald Barthelme; he has these little short narratives through dialogue and it just triggered something as I was reading it… But after I wrote it I realized that I was reaching even further back in terms of influence. It wasn’t exactly Barthelme who was triggering that voice, but Gayl Jones, who in the novel Eva’s Man has this very particular way of men and women talking, or not talking. There is a way in which their dialogue says and doesn’t say lots of things about consent and passiveness, and about things happening under the surface. I think all that stuff was playing into that, and when I originally wrote it, it was all one long piece but that didn’t quite work in the book, so I pulled it apart and let it intersperse throughout the whole collection.

FWR: Throughout the whole manuscript, there is this feeling that there’s this conversation happening between the past and present or imagined present and imagined past.

fjh: When you say imagined, what do you mean?

FWR: Looking back upon events that have happened, one tends to recreate them, but in that recreation they’re never quite the same as they were.

fjh: I think what I like about that conversation is that I don’t think it’s that idealistic, though. There’s just as much failure in that conversation as there might have been, or would have been, or was, in the relationships themselves. I think art allows a different kind of failure, a failure that can be productive. But I think, partly that’s what I gathered or what inspired me from Gayl Jones, that these imagined conversations are not any more romantic than the original. It just sits differently in the psyche, manifests differently. Does that make sense?

FWR: It does, and it speaks a little bit to that tension in the form and structure of your poems: between who is speaking, or when there’s an attempt to say or an inability to say. Is that fair?

fjh: Yeah, I think that’s fair. I’m definitely one of those poets who began writing because I didn’t know how to talk. I still don’t know how to talk. A lot of times I say things wrong, all the time. Ha! I think sometimes if I could just stop talking, and just do poems, everyone might be better off. Ha!

FWR: When you’re writing, do you see the poem ahead of time? For example, in “kara, you wild.andIdon’tknow” or “tatterdemalion,” were those the shapes you wanted because of the tension that you wanted that syntax to create? Or was it only through the playing through different forms that you realized that that’s the form you were hoping for?

fjh: I think that started– I get a lot of questions about this– I think I’ve realized, I don’t write towards visual structure. I’m interested in it, but maybe only in revision. I appreciate visual structure on the page. It’s not like I look at it and think it’s gratuitous or that I don’t find beauty in it, but I don’t think I come to it for that reason. It’s always something I’m thinking about in hindsight. So in answer to your question, no,  I have no idea what shape it’s supposed to take.

I draw a little bit and sometimes if I’m drawing, I think, “what if this was text that looked this way?” I’ve tried that and it hardly ever works. It’s usually very forced. But I think because I do appreciate things visually, it’s become an editing point for me. It’s become a fun way to edit things. So those boxes, I started making those boxes and I didn’t know why I was making them, but it seemed to make sense because that’s what Kara Walker in “Cut”, which is an illustration she has of a girl figure with these really slashed off wrists, and so it just kind of made sense. But I was just doodling, and then I realized that this has a kind of resonance considering who I’m talking about and what I’m talking about in the poem.  I guess I play with [visual structure] and if I like it, I’ll keep it.

FWR: Do you have a favorite poem to teach? How do you open up that conversation?

fjh: Every semester I gather things. And there are things that I come back to, and usually the poems I keep coming back to are because I can teach them for so many different reasons. Mary Ruefle’s “White Buttons” [for example]: I keep teaching this poem, because there are so many reasons to teach this poem. I can teach it to talk about how images reinforce themselves over a period of time because it’s a little bit longer, so these images just develop out of thin air– almost literally- there are these text pages, these book pages, like petals, and you don’t know how it happened, right? There’s a way that the images build, and I can teach it for that. I can teach it for the associative moves she makes, like that weird move she makes where she suddenly says:

(I am sorry I did not

go to your funeral

I can teach it as a second person address, that interrupts the speaker. I can teach it for so many different reasons. One of the poems I’ve been teaching on and off for years is Yusef Komunyakaa “You And I Are Disappearing”  for almost all of the same reasons. There are so many reasons to teach that poem: listing, cataloguing, subtext, how you can read a poem have two entirely different experiences with the poems based on your experience with the subject matter, imagery. I’m always grabbing poems for imagery… The funny thing is, I feel like, and maybe this is an essentialist statement, I’ll say poems today that stay with me, stay with me for the same reasons– because there’s a lot going on in them. Every time I come back to them I’m thinking of something else, something else that makes it work.

The thing that– I hear it like dinging. This is the thing this time around that jumps.

FWR: Who or what is inspiring you right now? If you could recommend one piece of art to anyone in this world, who might it be?

fjh: You know, it’s funny when you asked me this question, I had a weird moment, because I think the question you actually asked me was, ‘is there an artwork or a poem that you would share with anybody?’ and the first thing I thought was, ‘what I’m supposed to say is if there’s a piece of art I could give to someone like Trump that would somehow change him, what would it be?’

I was thinking about the artworks that I like, thinking, would it make a difference for Trump to walk through a gallery of any of those artists, or would that matter? Would it make a difference for someone to read Dawn Lundy Martin into his ear while he slept? But I had this moment where I realized how personally I view art. I’m kind of selfish about it. I don’t want to share anything with someone I have so little respect for. So if I were to show art to someone, it wouldn’t be for the thought of changing them, it would be for the thought of giving them something.

Sometimes I just gather things to show friends at appropriate occasions. I was going to tell you about this artist I’ve just found, whose work I really love, Njideka Akunyili Crosby, just because I was so excited about her art and her process, and it is the kind of thing I would want to share just, over a moment, over coffee. That’s how I think of sharing artwork, not as changing the world. 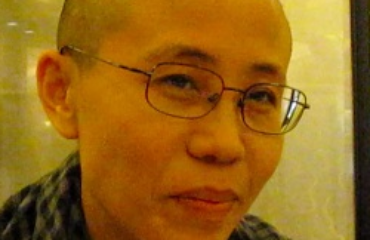 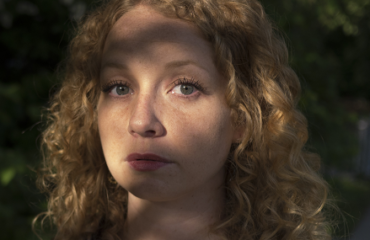