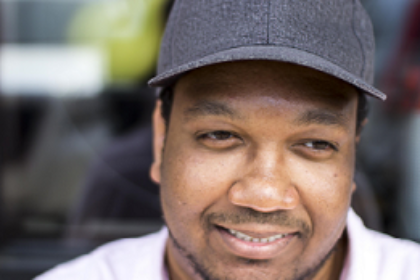 Thicker than its master’s thigh,
I saw that dog gnawing its leash—
and didn’t I know better? Knowing my fear

of dogs, I thought, “If I walk faster
and stay calm, then—”

That leash, thin as Yes, snapped. Of course
the dog snapped too and I
wasn’t fast enough—only two legs then

instead of four. I was afraid, yes,
but I didn’t run. With my eyes shut,

I braced for what comes to those afraid
of what they refuse to see. But
that time, the dog headed for the lake.

its legs and then its flanks and then gone
was the scruffy heart
of its head. Wasn’t I sure it would not resurface

when it did? What sunlight there was
caught in its mouth a small body—its
slim head bucked twice more
against the water’s vermillion ripple.

AND THE DOG COMES BACK

from the lake with nothing
but the bark

it left with—an unintelligible
agony. Isn’t that, me

being the two-legged kind,
assumption and projection? A bark

sounds like a bark. A call of danger is a call
of ecstasy. It sloughs

the lake off its flanks,
sniffs the spittle of its chewed leash—

dangling from a hand
which too doesn’t know any better.

Control yourself, the dog

is told. The impossible leash
stings its back. So this is restraint

—I think as the dog
feigns satisfaction

in the dull salt
of a featherless palm. No,

you’ve caught me. I’m not there. I’m the animal
still fucking in a stranger’s bed.

His tongue licks my mouth. I whistle,
but I do not listen.

it could be bitten
clean off. Tonight

he is the dog—this bedded stranger

not using his words,
not responding to any name.

He lets me keep my hand—

returning it back cleaner
than it left. I haven’t learned my lesson

so I give him the other one.

No, not could be bitten. He bites my hand
and I howl like something

that should not howl

down his throat. We are both dogs
now, mouthing the dark until

we are not mouthing the dark.

We are sinking in the hold
of whatever is willing to hold us.

between nerve
and the crime it loves,

they’ve cornered me. And in this light
my frame is haphazard and threatening,

but I can’t speak—their leather collar still cinched
around my neck, a silver

leash hook for each pair of eyes daring me
to attack. Each man armed

with a hot muzzle, a mouth
full of scripture and no to aim

onto my back—now bent
over a prayer they mistake

for a growl. In this place,
there is no common tongue,

I can’t understand them,
so I can’t follow the order

that follows each leash,
so they beat me

until skin becomes wound
then scab then hide.

Tommye Blount is the author of the chapbook What Are We Not For (Bull City Press). Fantasia for the Man in Blue (Four Way Books), Tommye’s debut full-length collection was finalist for the National Book Award, the Kate Tufts Discovery Award, the Lambda Literary Award in Gay Poetry, the Hurston/Wright Legacy Award, the Publishing Triangle Thom Gunn Award in Gay Poetry, and others. A 2017 Kresge Arts Literary Fellow, Tommye has received fellowships and grants from: Cave Canem, Bread Loaf Writers’ Conference, and the Aninstantia Foundation. Born and raised in Detroit, Michigan, Tommye now lives in the nearby city of Novi. 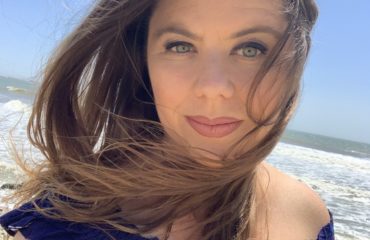 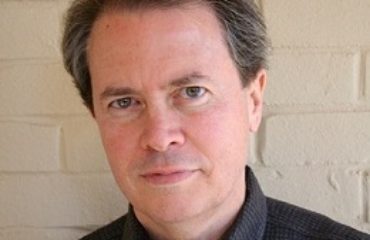