Ode to When the Music Video Doesn’t Match the Song

After Ryan Burton and Noah Taitano

about a group of men

moshing to a slow song

the way I drive through

6th in a silver Honda as each traffic light

closes its fist and I must stop

where a friend’s brother

heroin and the owner was hip

to the scheme would give him

just enough for the merchandise

lifted from a rich friend’s house

and if that is a kind of mercy

then it is also a mercy

when my husband says

“why don’t you take some time for you”

meaning “you need to go take care of your shit”

because I have that look in my eye

that says I need to be far away from people

I need to wear my heaviest coat

and skulk in the cold

who has the luxury of such things

I make my own sanctuary

I listen to “The Wind Cries Mary”

tosses a plastic bag down the middle of the street

and I don’t believe in angels

but if I did it would be one

enough to do nothing

I would believe in the angel

who is out of mercy

and only wants to mess

with us into a silly kind of mirth

who says: who are you

to be this sad

with us to the roughest anthem

under a street light

that sputters in time

before it burns out

I Could Write a Poem about Electric Scooters

the ones self-described disruptors
created and left scattered

in the touristy districts
of Nashville— which is to say white—

thou shalt fuck
over thy neighbor if it makes a profit—

I was never tough enough to wear
but envied the girls who could, the ones

who channeled Kathleen Hannah
and Courtney Love and gave

consideration for the world
I can glide right through it

like the frat boy who bought
the historical home next door

who’s been stockpiling
alibis since he was 17—

thou shall not—
fuck sustainability

I want to be the girl
burning down this street at rush hour,

“come and get this pussy”
written on her forehead

in blood
ready to take down

the motherfucker
who tries to grab her next.

Kendra DeColo is the author of I am Not Trying to Hide My Hungers from the World (BOA Editions Ltd., 2021), My Dinner with Ron Jeremy (Third Man Books, 2016) and Thieves in the Afterlife (Saturnalia Books, 2014), selected by Yusef Komunyakaa for the 2013 Saturnalia Books Poetry Prize. Her poems and essays have appeared in American Poetry Review, Tin House Magazine, Waxwing, Los Angeles Review, Bitch Magazine, VIDA, and elsewhere. She is a recipient of a 2019 Poetry Fellowship from the National Endowment for the Arts and has received awards and fellowships from the MacDowell Colony, the Bread Loaf Writers’ Conference, the Millay Colony, Split this Rock, and the Tennessee Arts Commission. She is co-host of the podcast RE/VERB: A Third Man Books Production and she lives in Nashville, Tennessee.

THINGS THAT FOLD by Karisma Price 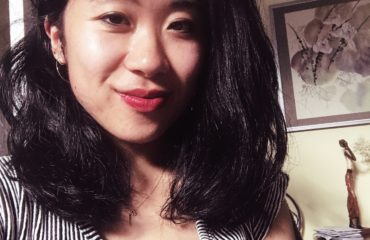 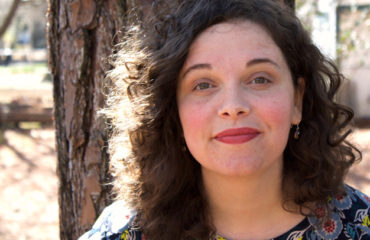