Something had to be done about the moles;
labyrinths stretched from the garden
down to the hollow. Give moles an inch
and they’ll burrow up to your door.
So we dug holes in their paths and filled
them with old coffee cans. Bleary eyed,
dirty noses raised, down in the can
they’d be covered in silt like coal-miners
pulled from a cave-in. If you weren’t cruel,
you carried them over to the woods
to knock them out of the cans. Mad as piss,
they’d shovel off in the light to other pastures.

Listen to Matthew Haughton’s reading of “Moles” below…

Matthew Haughton is the author of Stand in the Stillness of Woods (WordTech Editions). His chapbook, Bee-coursing Box (Accents Publications) was nominated for the Weatherford Award for Appalachian Poetry Book of the Year. His poems have appeared in many journals, such as Appalachian Journal, Now & Then, Still, Border Crossing, and The Louisville Review. Haughton works as a teacher in his native Kentucky. 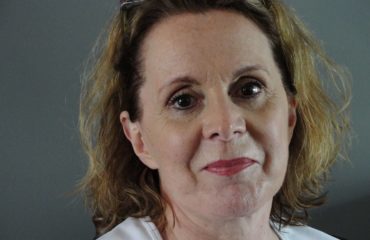