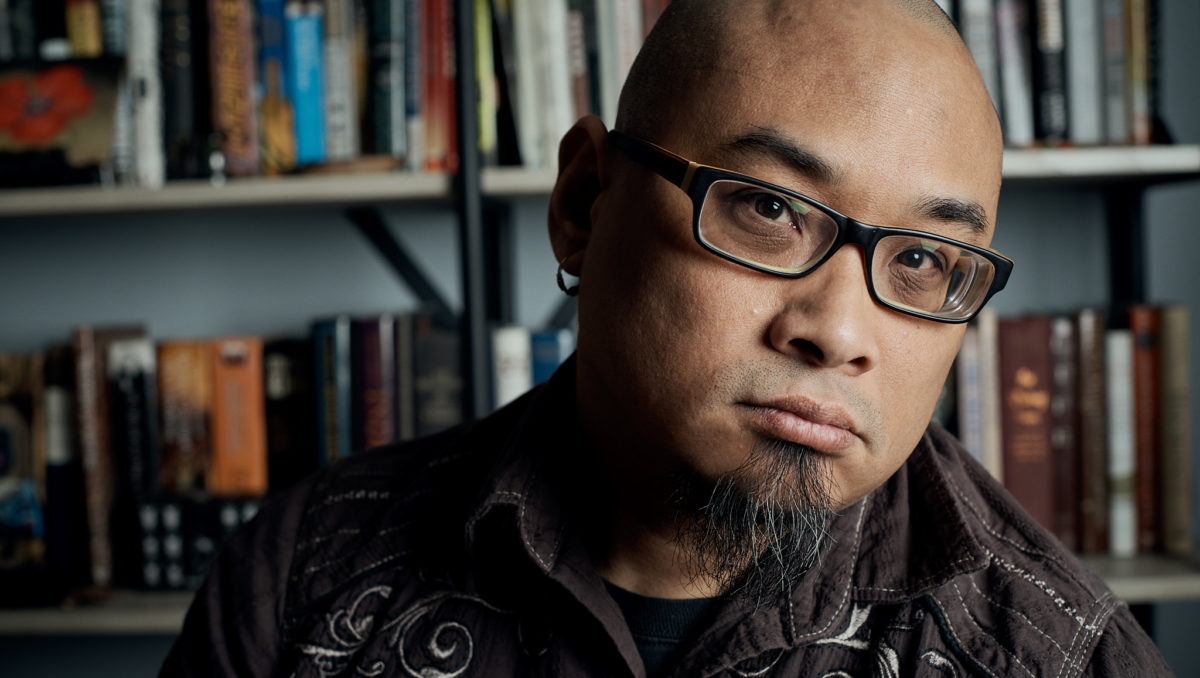 Begin with a savage cry,
a spray of cardinals
gouting gorgeous
from gut to tonsil,
from a boy’s lips,
glossed in crimson & fire—
teen angst dashed by
bat wings, mouthfuls
of graveyard sugar,
bruise shine & stars—
in leather & choke chain,
a boy can separate into
curses a man will one day
remember spitting—
seductive viscera
for a song’s high-pitched wail
because he doesn’t know
the difference between
rapture & clumsy sex,
survival & murder
wavering amidst the tremolo
in which one dark bird,
plummeting to earth
with all that chemistry
panicking inside him, shrieks
in the Devil’s tongue & wishes
for colorful plumage
marking his surrender
to the cemetery lawn
or a lovelier darkness
for blood & guitar solo & blood