Sarina Romero is a poet from Oakland, California. Her work appears in The Yale Review, and Four Way Review. She lives in Brooklyn. Photo Credit: Natasha Rao 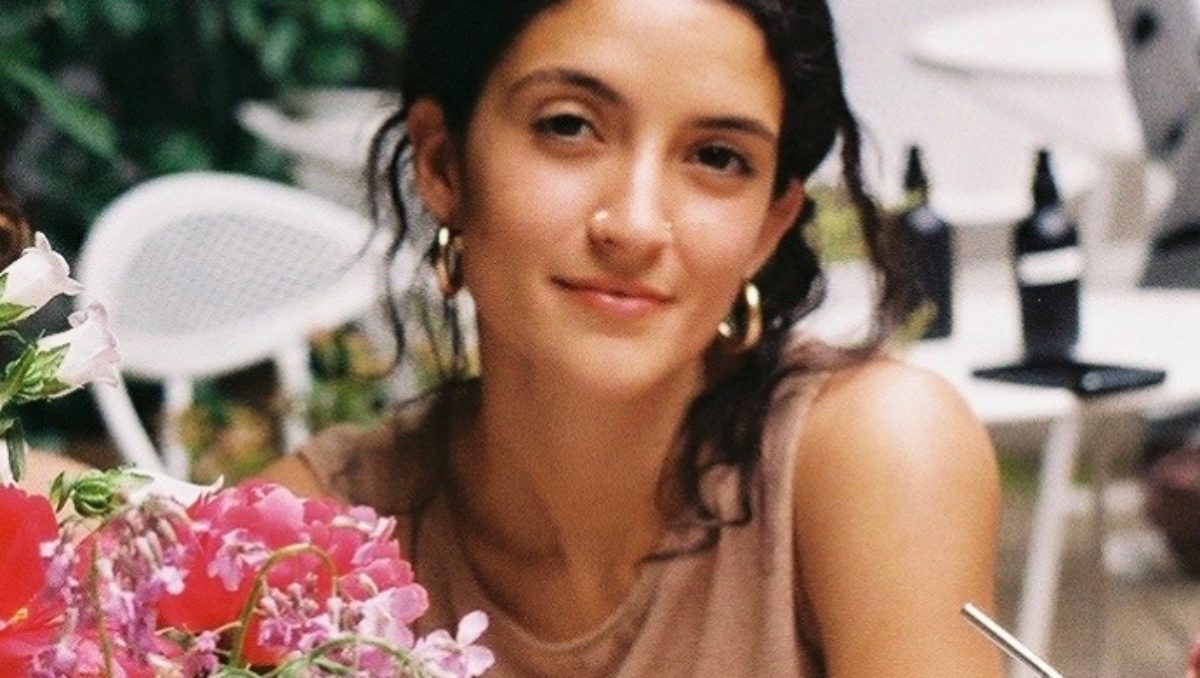 Am I. Did I. When did. The start. What if. And then. What then. What of. Whatever happened to. Why did I. Why didn’t you. I saw. Where did. Upstairs. On the roof. For so long. And then. Did they. I bet. They must. They do. They figure. I kept. Still too. Why so. Quiet. Still. I didn’t. Look again. Look at you. Once. The whole night. I punished. Pummeling. I opened. My mouth. Then stopped. I fell. Inside. My seat. You looked. The cup poured. Three times. Liquor. What empties. Do you need. I blame. And shrink. Soaped counters. Bruised glance. Domestic. Betrays. Charred meat. Bitter beer. Stale popcorn. I kept. Quiet eggplant. Zyrtec dull. Head haze. Yellow night. I caved. And quiet. Hurt. You turn. I writhe. In place. At the stool. On the chair. In the dark. I flayed. I cost. What tender touch. I lost it. I searched for any flame. You. The leftover fruit in the bowl. My meek body. My silly-putty will. My anti-courage. June heft. What I lost. I loose. If anyone’s asking. I burned it.

NATION IN THE BODY

If the nation is in the body then we must assume somewhere inside the body there are borders, too. Border is another way of saying the body is a coalescence of lines other nations can transgress and penetrate and crawl under and over. If a body holds a nation inside it, if the nation thrums against the rib cage, then two bodies tangled together are like orange poppies growing from streets’ center dividers. Observe how they bow and cower when the cars hurtle past them. Note the way they ripple under the thrall of the sun, hot at the end of February. It’s easy. To pretend a line is a line like a nation is a nation. It’s easier even to give up definitions of lines, of the borders inside bodies—the physical application of this is looking at a line, watching it disappear, and pointing to what’s left to say that, there, is the nation. When you press your body against mine, when you tell me you want me to press my body against yours we are, then, most like the lines trailing sharp behind the boat you took to get to the mountain in the middle of the lake. The mountain was a dormant volcano and you spent your time there walking next to your grandfather. Sometimes you would take pictures of him staring out at the water. Other times you would take his hand in yours. Inside every line is a complete universe of wreckage. The earth seizes and throttles itself into ridges and unrelenting lines. Everyday people make posters for a borderless planet. At night we close our eyes: asleep, all lines interrupt themselves. Every border is a site to cross and loosen and lose from. A threshold is only a temporary respite. A threshold is just a line that thrusts and unravels: I touch you as if ignorant. I claim you the way any nation does another. Without guilt or hesitation. Like a line, shattering into shape.

On the south side of Madrid I ate bacalao
in tomato broth for dinner in Rocio’s apartment.

From the window we could see the Manzanares River,
which snaked slow and wide parallel to the avenue down below.

It’s beautiful, I offered, and so unlike the empty
cement canals we call the river in Los Angeles.

El agua, aunque no se ve, existe, she told me, and winked.
It’s a saying, she said. The water, even when it cannot be seen, exists.

Years ago it was the evening, and security guards stopped
a car at the open gate entrance to the university campus,
and pulled their guns to my mom and Manuel’s heads.

Later, this is where I would go to school on a free ride.

Then, Rocio pulled open a YouTube clip to show me
of her daughter, who was a successful, local news anchor.

I don’t remember how I paid for anything in Spain.

I was afraid of money. I’d eat black beans,
or pasta with olive oil and garlic all week.

And then on the weekends buy caipirinhas
and padrons and manchego and gin and bread
and coffee and rioja and three-course meals.

I was trying to weave something up every room’s spine.

Every time I walked past the rotunda where
Cristobal Colón stood in marble I’d give him
a wan smile, and wave.

I sat in front of Velazquez and Titian
and Goya and Sorolla every week.

I went to theatre productions and
to see a movie about a Sevillan man
in love with a Basque woman.

The comedy was about his time with her in the north,
pretending to be from there, too. Even I understood
why this was funny and I laughed at the jokes.

I read Alejo Carpentier on the trains and
felt a wild, ravenous loneliness watching the sun
rise out the window of my bus I’d take to school.

This city was nothing like Los Angeles but
South Central had never been mine to claim,
It clasped me by my elbow:

On 28th street wild cotton and cacti grew
in-between the bars of someone’s yard
and the alley I’d walk through
everyday to get home.

Here, I’d watch the rowboats turn in El Retiro and think
about paying to rent one, too. I’d swoon at the cafe barista
every morning and sit on tile roofs and at small tables in the plazas.

I was trying to soothe myself, the wounded scythe in the body.

I’d look at the afternoon light, and the lime colored trees,
and the May rain, and not want for anything.

What little I could offer, concédeme lo que te imploro.

During my first week of freshman year my bike
was stolen. It made my mom giggle—karma for all
the bikes her brother and his friends
stole from the USC kids.

University of Spoiled Children
she’d think, as she looked at them
sitting at the light in their sports cars
while she waited for her bus.

It is impossible to tell repetition from
difference without looking back behind you.

I visited lots of churches in Spain.
I loved the gauze and stigmata—
the guilt radiant in baby blues and pinks—
the sullen holy water.

Inside a church’s atrium in Sevilla I asked someone
to take a picture of me standing in front of
Cristobal’s tomb. In the photo I am staring, unsmiling.

One can’t possess reality, but one can possess images—

I wanted to participate with his mortality.

He was just a man.

I wanted to slice out this moment and freeze it.
I wanted a testimony of time’s relentless melt.

I loved the orange trees everywhere, the white
washed walls, the pink flowers on the trellises.

None of this was mine to claim, and
I felt that it owed me something.

Waiting for the elevator to arrive
at the Reina Sofia, walking down the hall
made of windows, I could not forget
that the building used to be a hospital.

And when I arrived at Guernica—
I was not prepared for it.

It made me think about 23rd Street.
And the gate I’d unlatch
to eat guavas and pancakes
with my great-uncle and aunt.

I would look at the home next door
and try and imagine my mom,
as a child, playing in the yard.

She would use the garden hose to make hundreds
of small rivers snake down her driveway.

She would give all the rivers names
and watch the water twist away from her.

One can’t possess reality,
but one can pretend to possess images—

The prismatic nature of a circle is
that it does not stop moving.

even when it cannot be seen, it exists.