Perry Janes is a poet and filmmaker from Metro Detroit, Michigan. A Pushcart Prize and Hopwood Award recipient, his work has appeared or is forthcoming in Beloit Poetry Journal, POETRY, The Michigan Quarterly Review, The Gettysburg Review, Frontier, Zyzzyva, The Missouri Review, and others. He holds an MFA in Poetry from Warren Wilson College. A recipient of the AMPAS Student Academy Award, he currently lives in Los Angeles, where he works as a screenwriter. 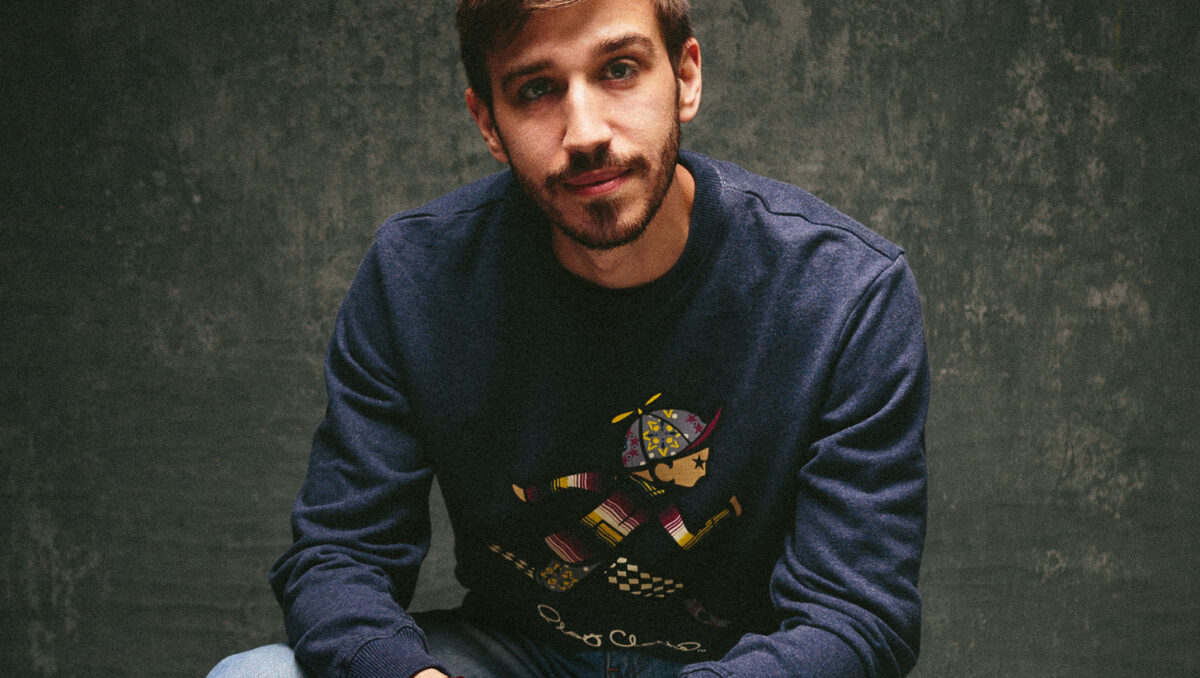 AT THE Q&A, THE FAMOUS FILMMAKER TELLS ME: “FORGET THE CAMERA. THAT’S JUST A TOOL. THIS COMES DOWN TO HOW YOU SEE THE WORLD.”

But which one? There is a world where every green
traffic light is a small terrarium filled with phosphorescent
moss, salamanders basking in the sun, the rush of cars
passing underneath mysterious as wind that kicks up
from nowhere much at all. Squint just so. You’ll see

how blood on a scraped boy’s knee looks faintly like
lipstick, flayed skin hanging from his kneecap—
mascara from his mother’s face where she leaned to kiss
his legs, O, darling. You can see it, can’t you? Lift the light-
box. Hold the lens. Ours is a world cut

to say it so plainly—exposition, ever the enemy
but tell me: how else should I say it?  If I go, I go
from you not out of, but into a world where trees
welcome fire, perched in the hills like old men
with their pipes pleased to smoke their own erasure.

If I stay, I stay surrounded by curtains that ripple like brook
trout in a lake, the neighborhood alley cat panhandling
her shot glass of milk on the steps. If I go, listen, if I go,
I go from you into a world where IV bags swaying above
their hospital beds ignite like lanterns, moth-dusted,

wheeled pillars guiding patients down one aisle,
another. A world where a lizard’s corpse flattened
in the road rises with the moon, lit by the tides,
chandelier of bones, each joint grinding sparks that dazzle
desert motes. Where your clipped fingernails glittering

near the trash are small cicadas buried in the grout,
hibernating seven years until bursting forth with wings
and shells, a call exactly like your laughter. Listen.
If I stay. If I am lucky enough to stay another year,
another season, another afternoon with you, Tina,

I stay in a world, this world, with its pizza boxes littered
on the curb like mouths soundlessly pried open. Dumplings,
their crisp bottoms hissing danger from the pan. A thousand
wild poppies bloomed along the highway representing
only themselves. Their bodies. Whole in their bodies.

–after the film of the same title by Charles Burnett, 1978; for my friends.

At night, my father leans above his draftsman desk
to sketch the car, its wheels, the trunk not yet
filled with floaties or baseballs, and when
my mother rises, when she calls him back
to bed, when she slides her hands down

the down against his nape, her fingers
catch, briefly, in the teeth of small gears
clicking behind his nod. Or not. I’m told
some nights what we do becomes who we are.
If I had the choice to make myself

machine, to spit diesel between my teeth,
or to make myself desired, touched
not like a panel with buttons and switches
but something entirely without utility,
pleasurable just to hold, which would I choose?

In the movie, my favorite movie, the mother
shimmies in her nightdress to hold her husband
close, his children running rings around his knees,
each struggling to contain what they understand
will leave before it leaves; the man

leaving anyway, knowing a dozen sheep wait
on the slaughterhouse floor for the iron
tongue that slithers from his palm to drop them
one by one by one by one, and I can’t help
asking: how long does a man like that keep

to follow. I imagine he isn’t very good at it.
Pared fingernails glittering beneath a stoplight,
smashed coffee cups leaking on the corner.
Clue derived from the ancient Greek clew
meaning the ball of yarn some idiot

hero unspools as he enters the winding maze;
to retrace his steps; to escape. It’s all
such serious business, isn’t it? This searching
for one another? A man blows a kiss
and snaps the deadbolt closed behind him.

A woman scours the streets for any trace
of movement. A boy unpacks
his father’s tools to practice lines,
his sketches and schematics, the swoop
of charcoal etched on vellum, a man’s