Meghan Dunn lives in Brooklyn, NY, where she teaches high school English. Her work has appeared in Ploughshares, Narrative, Poetry Northwest, Southern Humanities Review, and The Collagist, among others. She is a four-time recipient of scholarships from the Bread Loaf Writers’ Conference and a 2019 Tennessee Williams Scholar at the Sewanee Writers' Conference. Photo Credit: Jennifer Pray 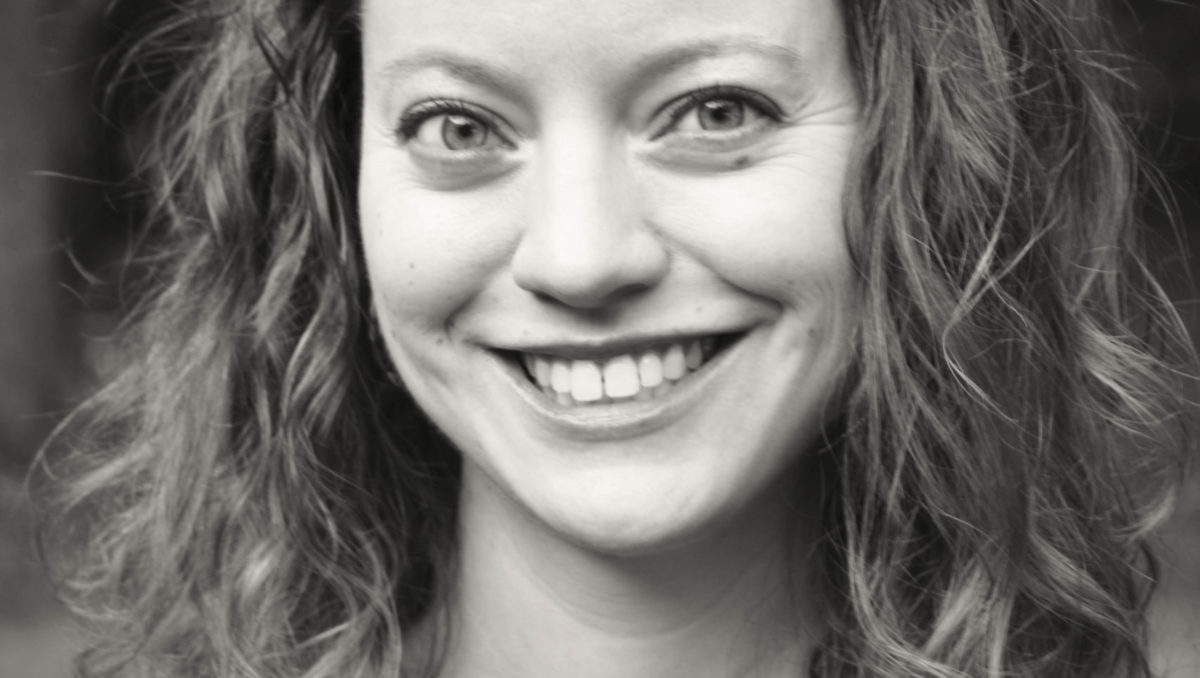 She named us Yuri and Sergei and Boris.
The first verbs we learned were to smoke, to drink,
to live. We were thirteen years old. We learned

through repetition. I smoke, you smoke,
he or she smokes. We live. She named me Masha,
Mashinka when I was good, Mashka when I was bad,

which was often. We memorized charts
of endings. How neatly the language
fit together, like the nesting dolls

she carried from Russia in a suitcase,
Ded Moroz and his granddaughter
Snegurochka, nestled inside each other.

Everything worth having, according to her,
had been carried from Russia in a suitcase,
except for Levi’s jeans and ballpoint pens.

She named me Slovar, which means dictionary.
She promised us, one day, she would take us
to Russia, suitcases filled with Levi’s jeans.

We could sell them for one hundred USD a pair,
she promised. She never wore jeans.
She wore leather mini-skirts, orange or purple,

and matching turtleneck sweaters with high heels.
She had great legs. She liked to sit sideways
at her desk, legs crossed to one side. She liked

the lights off in the classroom except for
a small desk lamp, its glow circling her head
like a spotlight. She named Steven Bledny,

which means pale. She named him Peasant
when he spoke with a Ukrainian accent.
She wore brick red lipstick, a permanent smirk.

One heel dangled from her foot as she crossed
her legs. She liked to tell us the dirt on Peter the Great,
on Anastasia. Her large square glasses shone,

her high rounded perm circled her head
like a halo. She showed us a movie about Rasputin
and the czar’s hemophiliac son

and Bledny almost fainted at the nosebleed scene.
She told us how Catherine the Great
had a machine built so she could fuck horses.

She didn’t say fuck, but we understood,
or thought we did. She started every story,
I know you think I’m lying. We never

thought she was lying. We chanted after her,
kuda ty idesh. Ya idu domoy. Where are you going?
I’m going home. She promised to tell us

how her family escaped Russia. She used
the word escaped. She promised to tell us
if we all got an A on the quiz

and we did. I’m not in the mood, she said.
She was never in the mood. She never
brought us to Russia. In the dark,

she wrote all thirty-six letters on the board
in swirling cursive. She named the letter
she liked best, the pretty letter. Once,

when we were bad, she left the classroom.
Through the window, we could see her walking
across the parking lot, her high heels clicking.

She got into her car and drove away.
The lights were off. It was winter outside.
We remembered the song she taught us,

We had practiced it a hundred times.
We believed everything she told us.
Her name was Olga but we never called her that.

We sat in the dark and waited for her.