Lucy Zhang writes, codes, and watches anime. Her work has appeared in The Cincinnati Review, The Portland Review, West Branch and elsewhere. Her work is included in Best Microfiction 2021 and Best Small Fictions 2021. Find her at kowaretasekai.wordpress.com or on Twitter @Dango_Ramen. 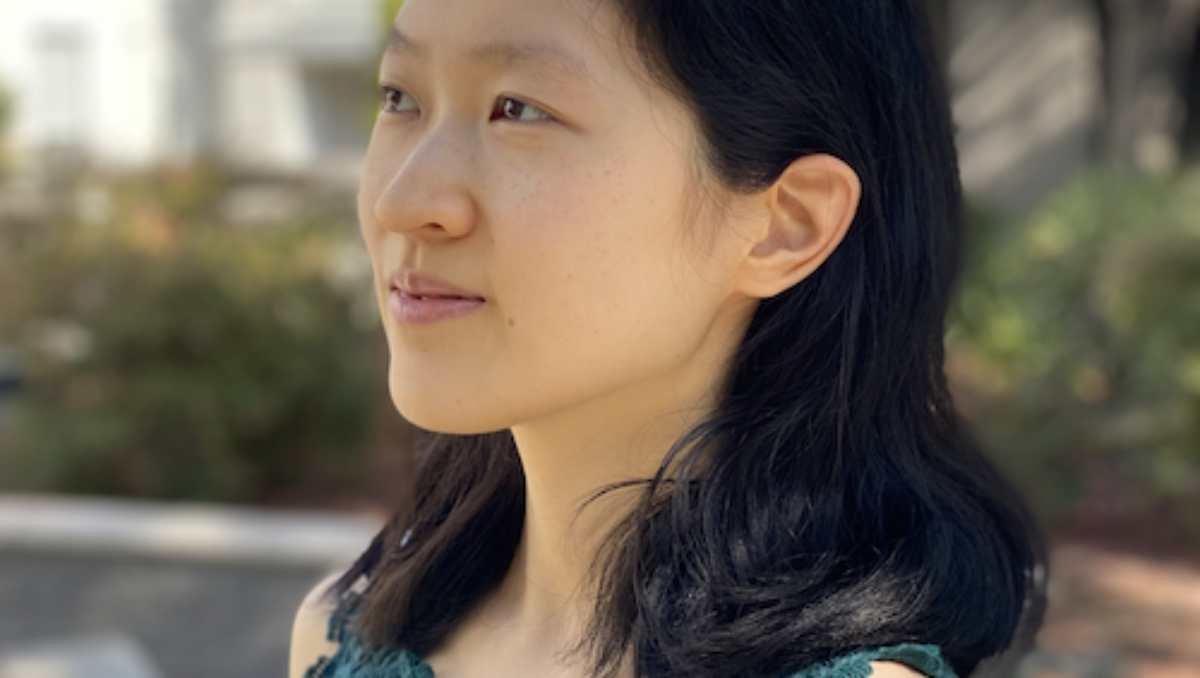 At the claw grabber machine, we take turns snatching second chances. The chances are stacked in rows: dyed and hollowed eggs, their pointed ends tilted like defective roly-poly toys. There’s no strategy; we’ll take any of the eggs so long as they end up in one piece, plucked by the claw, dropped down the chute, held still by the plastic covering. We wait patiently for our turn. The line trails around the air hockey table and pinball machines. None of us has anywhere else to be, to get to, besides the back of the line after the egg slips out of the claw’s grasp, and we count the coins in our pockets again—not that we’ll run out of money any time soon. This is an arcade of regrets: money goes slowly, time gets eaten first.

I don’t think Adam ever regretted anything, though. He’s probably in purgatory, lounging on one of those beanie cushions and licking Nongshim shrimp cracker dust off his fingers, watching souls drift by. He always gave off that vibe of nonchalance. It made people want to test how far he could be stretched. Indifference is a superpower, I told him. He shrugged.

We had once caught our classmates rummaging through Adam’s locker. Adam held my sleeve and we waited until they disappeared. They had taken five dollars from his wallet, all the cash he had. I ended up buying lunch for both of us; I could stretch my two dollars if I bought peanut butter and jelly sandwiches instead of a warm entrée. This worked out fine since we both liked peanut butter, although we’d scrape the jelly off into the plastic wrap—too sweet, I said. Too soggy, he said. After school, we’d head to my house and play with my dad’s Chinese yo-yo. Adam liked the yo-yo’s soft hums when you spun it fast enough; he said it sounded like wind. I thought wind didn’t sound like much of anything except a structurally questionable roof that might come down, but Adam found nature’s noises soothing. Sometimes Adam would stay overnight without my parents knowing. We’d hide his backpack in my closet and he’d stay quiet as I had dinner with my family, and then after my parents went to sleep, I’d tiptoe to the kitchen and put together his meal of leftovers: some rice, cold tomato egg, soy vinegar braised ribs. The microwave was too noisy, so I tried to soften the cold rice with soup from the meat. A whole bunch of randomness, I’d say whenever he asked what was for dinner. Then we slept in my full-sized bed, which he was starting to outgrow, his feet poking off the end. He didn’t talk much about himself and preferred pondering the universe—where did we come from, where would we go, what’s infinity. He never tried to touch me. I liked his company.

When it’s my turn at the machine, I push the lever and maneuver the claw above one of the striped and polka-dotted eggs. Adam would choose one of the pale eggs, one that still looks natural. I always found it odd that he seemed to prefer things in their pristine state—he refused to let his rice soak in sauces and boycotted apple pie in favor of the raw fruit—and yet he had piercings lining his ear and right eyebrow. Everyone goes through this phase, he had said. A phase of poking holes through your skin as proof of conviction, self-confidence.

I let the claw descend onto the egg. For a second, the egg shifts within the metal fingers, and I hold my breath, waiting for it to tumble out. But it stays and the claw rises and begins to move to the chute. It moves in horizontal and vertical lines, screeching with each shift in direction. I wish whoever engineered this machine could’ve made the paths smoother, less angular, more like a river than a road.

During Field Day, the school set up a dunk tank. Somehow Adam was voted to be the dunkee, maybe because, when forced under the spotlight, he always gave a big show when there was a crowd; he’d laugh or cry or gasp and then laugh again, dangling the gravity of a situation before our eyes before snatching it back and going gotcha. I was worried he’d overexert himself when he’d rather be curled up in the corner of my bedroom in the nook between my bed and the wall, and he hated the cold and he’d be going in and out of water. Plus, he covered his piercings with his hair; the water would surely reveal them. Why’d you get the piercings if you’re going to hide them? I’d asked. It’s about me knowing they’re there, he’d said. He claimed the dunk tank would be fun, although I suspect he was just trying to rationalize his fate: knowing he could head in one direction, up or down, not knowing when it’d change. That’s leaving a lot out of your hands, I thought.

You should participate in the egg toss, he said. I heard they were giving iPods to the winners.

I like to listen to music, but the arcade blares the same tune over and over. I never did win that iPod. I was no good at egg tosses, didn’t understand how to reduce momentum with my palms—the egg would crack as soon as it landed in my hands. But Adam won one for me after people lost interest in dunking him and he was allowed out of the tank.

The claw loosens its grip and the egg falls. It hits the edge of the chute and even though I’ve gotten used to leaving empty-handed, I’m still disappointed when it doesn’t roll into my hands cupped by the opening. The egg rolls to the side; the claw retracts for the next round; the lights flicker “GAME OVER”. Someone taps me on the shoulder—it’s their turn, I’m blocking the line. I shuffle to the side and watch them pop a coin into the machine. I begin my walk to the back of the line before I can see them reach for the lever. Somehow it hurts watching others come up empty-handed.

The day a group of students locked Adam in the custodian’s closet, I had a week’s worth of Ma LiPing homework to complete for Chinese school that Saturday. If I had any hope of passing the weekly quiz, I’d need to start memorizing characters as soon as I got home. It’s always easier to feel busy and fired up about homework when you want to avoid thinking about something else. Adam disappeared all the time, but homework didn’t—not unless I finished it.

No one ever said he was “bullied”— such a strong word. He didn’t consider it bullying either, although that’s probably what ended up eating away at him: wandering directionless, not a protagonist, without an antagonist. Perhaps I should’ve known one day he’d never come back, like a ghost you swear haunts the old box TV in the basement, only to remember it had been recycled years ago. Adam never liked TV, not movies or shows or cartoons, said they were too “static”—just boxes filled with willing prisoners. Those characters can only live in the box, I said. Not if they die, they don’t, he replied.

I still have a pocket full of coins. The line extends far into the depths of the arcade, where there aren’t any lights, just us players waiting our turn, standing in the dark. I don’t mind standing until my feet feel like they’ll snap against the floor, but it’s hard waiting days, weeks, months without seeing. By the time we make our way to the front, our eyes water while adjusting to the flashing colors, but no one looks away. No one speaks.

The silence leaves me with too much time to think. When I finally get my hands on an egg, the first thing I’ll do is ask Adam if I can see his piercings up close. I’m not sure if I want him to say yes.