Katie Pyontek is an MFA candidate at Ohio State. Their poetry has appeared or is forthcoming in Poetry, New Ohio Review, and the lickety~split. 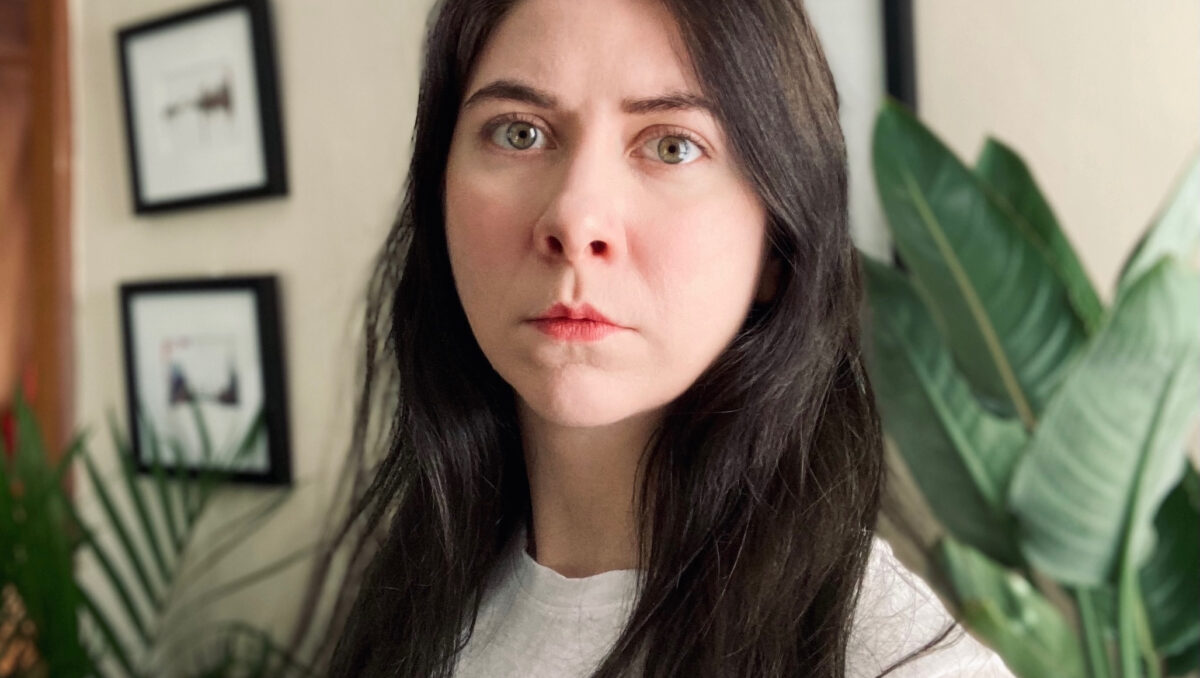 What if I drew your face on the mirror with sea salt
using a moistened boar bristle paintbrush, and
after singing Harry Style’s latest, I licked it off?
Would that be enough? I mean, for me.

If I rode the tangerine Lotus Elise of an idea
across the Rockies, carried this pining obsession
into swaying spheres overlooking
the Strait of Georgia, would that

be enough? I can never sleep, no surprise,
but neither can I eat enough sap to become resin
against this. I’m wrestling in treehouses
with an illusion, and I’d fuck with a worse one

for sure. Can’t I like snow and still shovel it away?
Is it wrong to eat strange plants if they’re not
that poisonous? Isn’t that better than sitting here,
starving to death? I’m compelled like feathers

to static, I’m tapping metal like a prayer. I’m sure
I’ve never seen a wild potato. I don’t know
how to convince my mouth to stop craving
what it craves —and don’t think this is about sex:

I want to taste the nectar of this impossibility
in the most devoted way, and the possibility breathes
not like a right lung, but like a left — one lobe
absent, making room for the volume

of what races and pangs.

At the ranch, a warning: wolves
arrived from Yellowstone—one horse
already culled. I’m not yet fearless,

but I wander through the woods,
listen to red soil rustle to thin sky
for a month. Snow falls, and even

moose tracks get hard to follow.
I weave back to the cabins, wary.
Take a whistle. Sure. But breath

won’t stop the pack. The seven
of swords is drawn. I already know
what that predicts. I’m howling —

I don’t want a whistle. I want fur,
sagebrush, wasps’ nests. I want to pulp
and press what I can gather into paper,

a means to write a braver future.
There’s quartz in my pocket
when I leave. It’s not for luck.