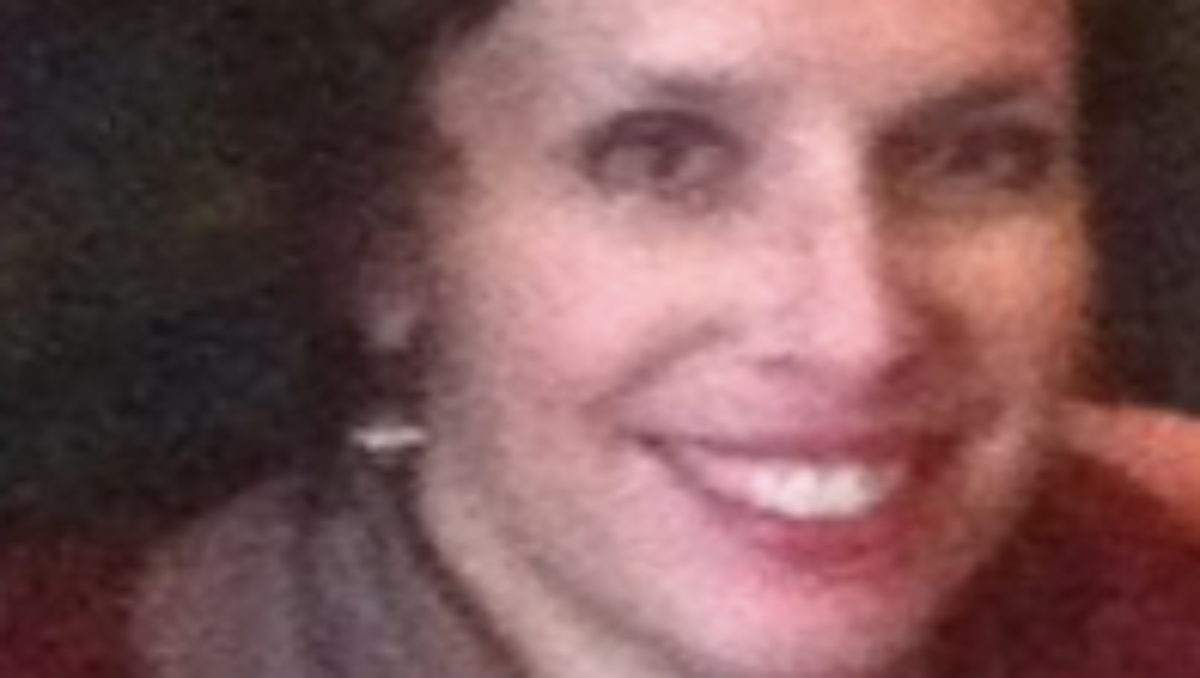 I never thought I’d move back to Canarsie, but my mother died two months after my dad and then the house was empty, and my two useless brothers wanted nothing to do with it, and when the realtor on the phone said, “Yeah, missus, the roof, the plumbing, it’s gonna need fixing,” it dawned on me that I had no other prospects in sight. My lover, Janey, was mad—because she figured out it was me, not her teenage son, smoking all her pot—and wanted me out. I had just enough cash from my last unemployment check to board a southbound bus, and so I ended up, that sweltering summer, back in the three-room house that my witless family of five had squeezed itself into for most of my childhood.
It wasn’t just prospects I lacked, according to Janey, who watched me pack. “You need a purpose, babe. Being good in bed isn’t enough.” She was in a T-shirt and panties, propped up on pillows, stretching her long legs across the sheets, pointing and flexing her right foot, then her left. I reached for her joint, but she pulled her arm away, her dark eyes daring me to try again.
During the bus ride, I rejoiced in my freedom from Janey’s moralizing. But at my parents’ house, the stench—a mix of bedpan odors, my mother’s Charlie perfume, and the onions she fried for every meal—sent me back outside the front door, where I reconsidered. I had a liberal arts degree and was the first in my family to go to college, but my imagination had stopped there. I’d been fired again from a waitressing job, this time because, the restaurant manager said, his eyes fixed on something above me, I was too rough around the edges to serve quiche and spinach salads to customers. I’d pissed off a string of lovers and scared off my friends by begging for cash too many times.
With a dishrag shielding my nose and knotted behind my head, I made my way through the kitchen and living room and into the house’s small single bedroom. Two twin beds lined the wall, end to end. A child’s voice drifted like a faint memory through the closed window over the bed where I once slept. I glanced at the other bed, almost expecting to see my mother, a bulge under the blankets in that half of the room that stayed dark all day.
In the living room, I faced a floor-to-ceiling mirror, a cruel piece of décor that magnified the room’s shabbiness. With the dishrag over my face, I looked like some bomb-throwing radical. I’d been lousy at being a daughter, but at least I’d gone to their funerals, alone with Janey in the front pew.

At the health food store, under Eddie’s solemn gaze, I was learning to tell tinctures from salves and fava beans from edamame. I was getting to know the customers, too. A tall, blonde man had caught my eye and made my prospects seem brighter for the few minutes he spent in the store. He was slim and bespectacled and polite in a way that seemed noble. Perhaps a male lover would keep his distance, would stay out of my soul. He looked about ten years older than me and was married, which didn’t deter me, especially since his wife, who accompanied him once, was bossy and rude and looked at me like I was a worm she’d found in her bag of organic crackers. The man’s name was Travis, which suited him. His wife called him “Travie,” which didn’t.
Eddie gave me twenty percent off whatever I bought from the store, but during those two weeks between my last dollar from unemployment and my first paycheck, I eyed longingly the bags of grapes and boxes of granola I packed up for customers, and then I found those same items and more in my mesh bag at the end of the day.
“You go home and eat,” Eddie said, seeing my look of wonder as he counted up the cash in the register. Then he pulled a few bills from the drawer. “Advance pay. Go get a nice pair of jeans.” On the ride home, I pumped furiously at my bike pedals, and the hot wind dried my cheeks.
There was a party in full swing at Candy’s house that day. Crepe paper and balloons had replaced the diapers on the clothesline. A life-sized cardboard princess held a sign that said Happy Birthday, and Tina wore a tinselly crown. On the tables, there were abandoned paper plates with hot dog buns and smears of cake, flies buzzing over all of it.
Tina was opening presents. There were dolls stacked on the grass like lifeless children, and there was a tea set and a pile of glittery dresses. All of it seemed intended for a different child. I wheeled my bicycle into its resting spot between the picnic table and the house. Why had no one thought to buy Tina a new book?
“Hold it up, baby,” Candy shouted. “Higher!” Tina held up a sequined party dress, shiny as chrome, and cameras clicked.
Once inside, I opened windows and splashed water on my face. Then I stood in the kitchen, book in hand, trying to read, but heard only the pounding bass from next door. It was the kind of music Janey’s son blasted from his room that would get Janey rocking her lean hips around until she tired of it, yelling, “Cut the cock rock, kid!” There was no backyard to escape to—my parents’ house had only a front yard. I could sit indoors or at the picnic table.
From outside, there was the bark of a dog, and I thought of Gypsy, Janey’s dog, who could catch a Frisbee like nobody. I missed the dog more than the woman, I decided. All my lovers suffocated me, like this house, the water-stained walls closing in. I pushed through the screen door and let it slam.
The barking dog ran across the yard next door, ribbons streaming from its collar. Tina called to it. “Copper. Cop-perrrr!” The dog turned. It knew its name. It looked its name, too. It was knee-high with fur the color of a penny, except for a small triangle of white on its head. Its floppy ears formed willowy triangles. It seemed regal yet kind, belonging to another place, a place better than that barren, cluttered yard.
Copper made a running leap into Tina’s lap. The girl shrank back, arms up.
“Don’t be scared,” Nick said. “What, you think I bring my baby girl a mean dog?”
Tina stared at the man, the same stare she directed at me that morning. I wondered why they kept calling her “baby.” She touched a finger to Copper’s head, then tugged his ear.
“Say ‘thank you’ to Nick, baby,” said Candy.
“Thank you to Nick, baby,” said Tina.  I laughed, delighted to know the girl had that in her, that moxie.
On his way to the cooler, Nick noticed me. I was sitting cross-legged on the picnic table, watching the girl and the dog on his new mistress’s lap, delivering an occasional lick to her cheek, which made the girl do something I hadn’t yet seen: she laughed. I was wrong about Copper; he did belong there. He belonged with Tina.
“What you looking at, huh?” Nick kicked the lid off of the cooler. “Dyke,” he said and pulled the tab off of a dripping can of Miller.
Carrying my book inside, I wondered how he knew, how they always knew.

The next day, Monday, my shift started late. I sat at the picnic table and watched a storm drench the gray landscape, heard its thrum on the metal canopy, remembered the gushing streamlet that ran alongside Janey’s cabin. Once after a heavy rain, it nearly overflowed and we stripped and slid into it and screamed from the fresh, fragrant cold, our senses exploding. Why did I steal her pot, anyway?
Through my parents’ front hedges, I saw an occasional burst of color: a red umbrella, then a blue one. The storm quieted, and there was the hiss of car wheels on wet streets. The world was in motion, people going where they needed to go, a simple principle that I somehow found daunting. I was fixed in place, a fugitive.
That afternoon, while I rang up an elderly woman with an army of products she said would be good for her cat, I heard the tinkle of the door and saw, over the tops of the pasta boxes, Travis’ blonde head. I had a big smile ready, but he looked distracted.
“Can I pin this on your bulletin board?” He held a rolled-up sign.
“Sure, if you can find the room.”
The next time I looked up, Travis was gone. I scanned the store but didn’t see him.
“Hel-lo?” The woman snapped her fingers, pouches of swelling around her knuckles. She had a half-dozen bottles of fish oil I hadn’t yet rung up. I remembered Nick, kicking the lid off the cooler, and thought I knew about rage, too. I imagined sending the old bitch’s bottles crashing to the floor with one sweep of an arm, but the woman’s face wrinkled around an embarrassed smile.
“Sorry, dear, that was rude of me, wasn’t it?” My eyes teared up, and so I busied myself with the register. Then I felt something cool and dry on my hand and saw that she had taken it in hers. I almost pulled away but stopped. Instead, I shook her hand, first awkwardly, then vigorously, and we laughed.
At six, I locked the register and swept the floor, humming a song from a reggae album Eddie played a lot. I flipped the sign in the window to “Closed.” The new poster on the bulletin board, the one my heartthrob had pinned up, caught my eye.
“Lost Dog,” it said. “Has tags.” The traffic outside grew silent. “Answers to Copper.” And the photo, the triangular patch of white fur on his head, left no doubt. “Needs his medicine, weak heart.” The phone number was repeated in little tear-off sections at the bottom of the poster. I took one and locked up the store and rode home, slowly. I thought of Tina and her dog, and Travis and his awful wife and their dog, and Copper with his weak and wonderful heart. I wondered what Janey would do, and I knew, and she was right.
Tina was outside with Copper. She tossed a small ball to him, and Copper, polite and noble, waited for it to drop and brought it back. Candy sat on a chair in the wet sun, propping a bottle into the fat little boy’s mouth. Nick, hands on his hips, watched me make my way into the house.
The first call I had to make was to the realtor, to ask him to take this goddamned house off my hands. The second was to Eddie, to say thanks. The third to Travis, who would be thanking me. And the final call would be to Janey, who, I hoped, would give me one more chance.