David Keplinger is the author of eight collections of poetry, including Ice, forthcoming from Milkweed Editions in 2023. He is the recipient of the 2019 UNT Rilke Prize, the 2020 Emily Dickinson Award from the Poetry Society of America, the 2014 Cavafy Prize from Poetry International, and two fellowships from the National Endowment for the Arts. His previous collections include Another City (2018, Milkweed Editions), as well as the prose poem books The World to Come (2021 Conduit Books and Ephemera), The Most Natural Thing (2014 New Issues Press), and The Prayers of Others (2006, New Issues Press). He lives in Washington D.C. and teaches at American University. Bruce Bond is the author of thirty books including, most recently, Plurality and the Poetics of Self (Palgrave, 2019), Words Written Against the Walls of the City (LSU, 2019), Scar (Etruscan, 2020), Behemoth (New Criterion Prize, Criterion Books, 2021), The Calling (Parlor, 2021), Patmos (Juniper Prize, UMass, 2021), Liberation of Dissonance (Nicholas Schaffner Award for Literature in Music, Schaffner Press, 2022), Choreomania (MadHat, 2022), Invention of the Wilderness (LSU, forthcoming), The Mirror, the Patch, the Telescope (co-author, David Keplinger; MadHat, forthcoming), and Therapon (co-author, Dan Beachy-Quick; Tupelo Press, forthcoming). Presently he is Regents Emeritus Professor of English at the University of North Texas. 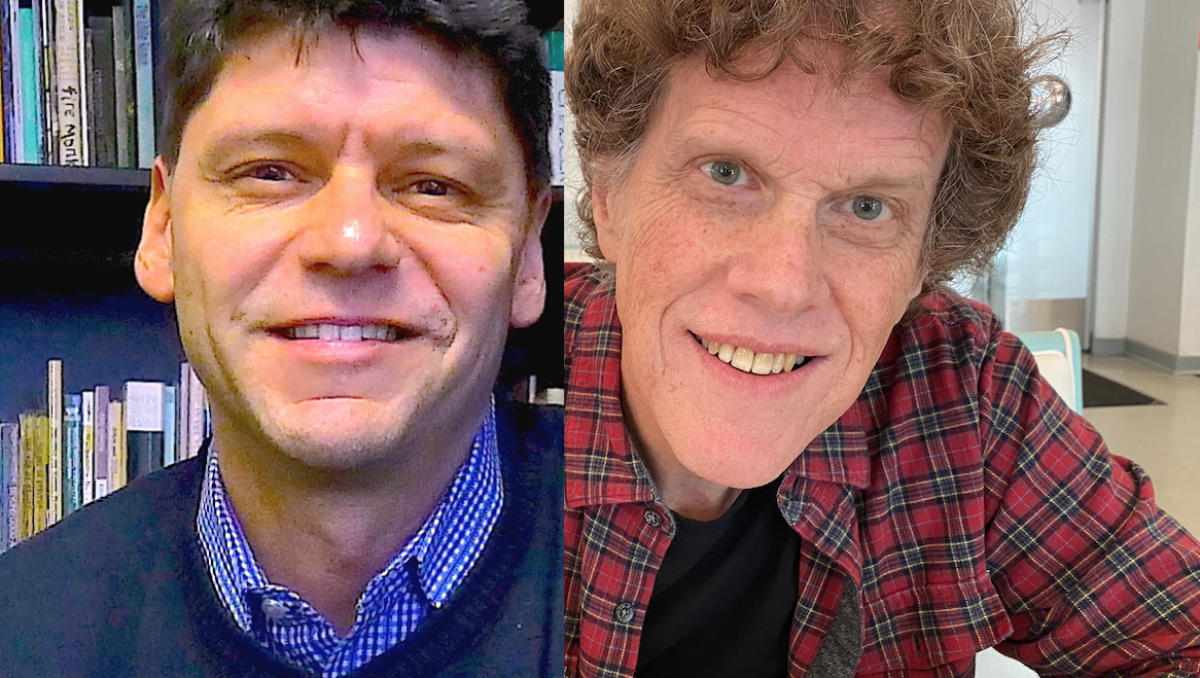 Whoever is not home grows sick.

Maybe I am writing towards the cure

of this insanity. Home me, I say to my friend.

Go back, said the crowd as Lazarus

emerged. Eat something, said the father

when the prodigal walked in. Silence,

said the word silence that has so little

silence in it.  Bodies too.  They make

a bit of noise to live.  They leave a ghost

scent behind inside a jacket.  This one,

says the widow, we will bury him in this.

And then nothing.  As if, in silence, he returned.

I wore my father’s clothes around the house,

his smell, his glasses, the little arms reaching

down behind my ears, prescription correct.

I wore his old man body over my own body,

the hair on the backs of his hands. I wore

the air around his body, his last breath.

Any wonder I look to correspondences

with friends to hear the words he gave me,

and beyond that, a friend.  I look to a postcard

of a sea-green Buick in the fifties, the smell

of rain in the damaged fabric, and on the dash,

the postcard once again.  Welcome, stranger, it says.

I took to calling in the late hours

when I knew there’d be no answer,

found religion in the margins of my books.

Put on Coltrane’s Psalm and said the prayer

he wrote, a syllable for every note.

I remember my father, driving, in silence,

and me, beside him, in a wholly other

silence that passed through his, the way

a river passes through the sleeve of another,

and then my silence left.  It rippled.

It turned to the waver of a saxophone

that drives all night into the red horizon.