Becky Hagenston is the author of four story collections, most recently The Age of Discovery and Other Stories, which won The Journal's Non/Fiction Prize and was published in August 2021 by Mad Creek Books. Her stories have appeared in Ploughshares, The Oxford American, New England Review, The Southern Review, and many other journals. Her work has been chosen for a Pushcart Prize and twice for an O.Henry Award. She is a professor of English at Mississippi State University. 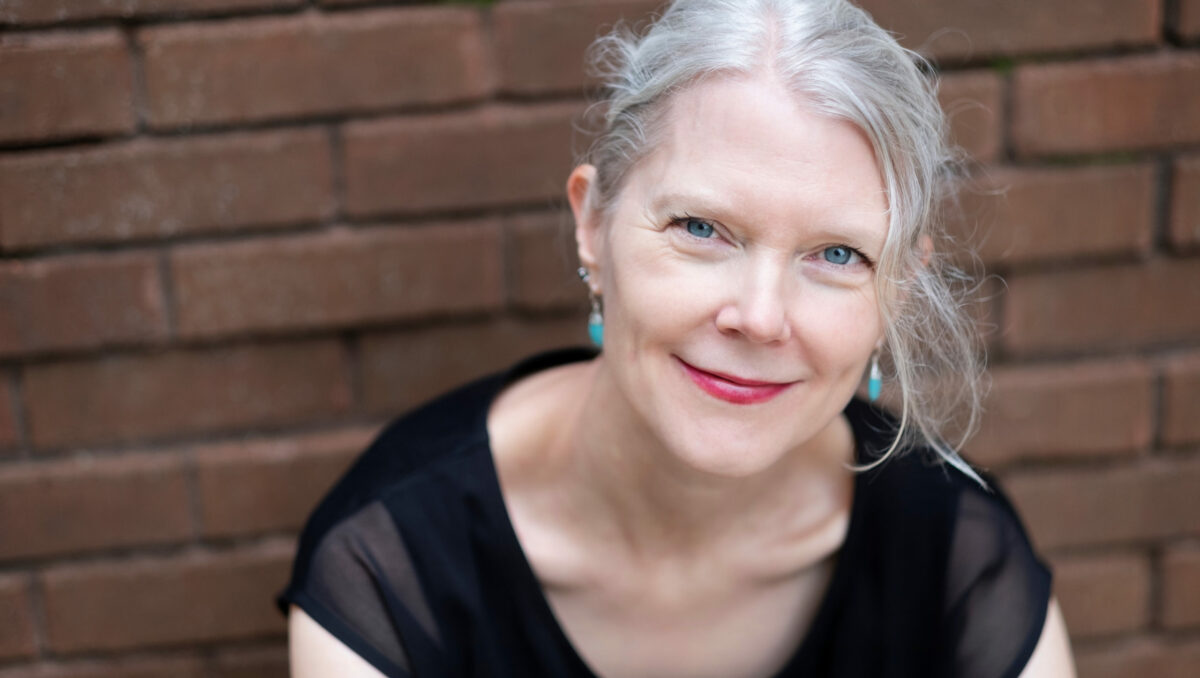 By the end of the party everyone was drunk and telling toilet stories. A woman in a shawl who looked too young for shawls said: “There was a black widow making a web right inside the toilet bowl. I drowned it in a mason jar filled with water. It was so pretty, floating in there.”

A goateed man and his wife had been to Nepal when they were in grad school. They met because of toilet spiders! The spiders in Nepal were as big as your hand. They came out in the dark and when you turned on the light they’d go scurrying. She screamed, and he helped her shoo the spiders away, and that was thirty years ago, can you believe it?

We said we couldn’t believe it, but we could.

It was past midnight. We had spent five hours with these people, more hours than we had spent with any people in over a year. The party was at a big house, thrown by a couple we didn’t know. Most of us were invited by someone who had been invited and encouraged to invite others. My husband and I had been invited by one of his old bandmates, who we’d greeted with awkward hugs (Can we hug now? What the hell!), who had drifted off and not returned.

What we knew about the couple was that they had more money than we did. There was a sitting room filled with leather-bound books. I poked through them and discovered they were all published in 1921 and their theme seemed to be: The World War was terrible. Let’s make sure that doesn’t happen again.

I had gone past confident-drunk and was now nervous-drunk. My husband was bleary-eyed, but I knew I’d still let him drive us home. Neither of us had any toilet stories that could compete with the Nepal spiders, so we didn’t say anything.

The guests began leaving, people we’d smiled at or waved at or been introduced to. I can’t remember names, so I gave myself permission not to even try. I would probably never see these people again. We’d all lived in the same town for years or decades and rarely crossed paths.

My husband raised an eyebrow at me like: Can we please get the fuck out of here now?

A tall, smiling woman moved toward us like she owned the place, which she did. Trailing behind her was her husband. “Thank you for coming to our party!” she said, and we all murmured thanks for having us.

“We were just seeing who had the most terrible toilet story,” said the young woman in the shawl. She was one of the many people at the party I hadn’t talked to at all.

“We had a house in Boston when we were first married,” said the woman whose party it was—I can’t remember her name, but I’ll call her Dorothy. She spoke like she had her shit together. “It was old, from the eighteen-eighties. There were five fireplaces. It was kind of a fixer-upper, but we loved it.” Her husband nodded; his face went all thoughtful. “One morning I went into the bathroom and there was a rat in the toilet trying to swim.”

We all said ooh.

“He was at work,” Dorothy said, of her husband. “So I walked to a hardware store a few blocks away. I just felt this huge sense of purpose. I was going to solve this problem! You know me, I’m a problem solver.”

I didn’t know her at all, but I nodded along with everyone else.

“So I say to the guy at the hardware store: There’s a rat in the toilet, what do I do? And he says, Why don’t you just flush it? And I say, What about the old pipes? And he keeps saying, Flush it, lady, just flush the damn rat. Anyway,” she said. “I finally called Mark.” (I don’t remember if her husband’s name was actually Mark, but probably not.) “And he came home, reached in the toilet with his bare hands, and strangled it to death.”

He shrugged, looking pleased with himself. I realized they were one of those couples where the wife does all the talking. She does the talking, she throws the parties, he strangles the toilet rats, and everybody’s happy. I wondered what people would realize about my husband and me if we ever threw a party.

Soon we were out the door, into the air that had gone colder since we’d arrived. Dorothy and Mark lived near a lake and it was glinting in the moonlight.

“I guess this is what it’s like now,” my husband said miserably as he started the car. Even though I wasn’t sure what he meant, I felt the urge to disagree, so I said, “This is what it was always like.” That seemed to cheer him. He squeezed my knee so hard all I could say was, “Ooh,” like I’d seen something to talk about at parties.