A SERIES OF WINDOWS by Alex McElroy

Heejoung took the job as a flight attendant because she wanted to see the world. It has been three years. She has seen the world. Its major cities have blurred together. Bangkok’s floating paper lanterns are superimposed onto Singapore’s harbor. She calls this place Hong Kong—no, she calls it HKG. Her life becomes simple. An abbreviation of life. There is night and there is day, there is sky and there is earth, and earth, in the day, is a runway imprisoned by razor-crowned fences.

She does not own a cat or a fish or a plant. Nothing heavier than forty kilograms. She stores large possessions in her parents’ sewing room, in Daegu. The rest she drags in a navy blue suitcase from one airport hotel to the next. She dislikes her coworkers because they are her only friends. She dislikes the things that they talk about. The metaphysics of their employment. They tell her—when she says she wants walls she can paint, furniture of her choosing—that life is one long transition. This job, they gleefully attest, is preparing them for the series of journeys that await them after death. Heejoung detests this idea.

In SGN (Ho Chi Min City) she abandons her crew and books a first class ticket to Seoul. An aisle seat, beside the stranger—a handsome stranger—who will become her husband. During takeoff she leans over him, captivated by the shrinking city, and does not recoil when she feels his hand on her back.

Snow erases their lawn, their driveway, and the flat tar roofs of neighboring houses. The world is now what remains. A stripped dogwood stretching tangled branches. Slush spotting the road. And her husband—in his new Red Sox parka, its sun-flickered price tag still on the sleeve—shoveling a path from the front door to the mailbox. Heejoung drags a dining room chair to the window. Her husband shovels toward the house until, from this angle, she cannot see him. She leans so close to the window her breath fogs the glass. The front door slams. Fists of snow fall from the roof.

Clotheslines web the buildings together. Shirts and pants dangle like doomed, colorful insects. Jun, age two, hammers something wooden with something plastic. Sang Min hammers her stomach from inside, with small feet and curled fingers.

They live on the 17th floor. The street is a rumor. Her husband does all their working, shopping, drinking. There is no reason for her to leave their apartment alone and therefore no spare keys. Housework keeps her active, he tells her. Good exercise.

Her days go as follows:

She raises one son with one hand and keeps the other hand pressed to her belly.

She lets love be made to her.

She is told she is happy.

At night she explores the unlit apartment pretending the furniture, in the dark, isn’t the table, the counter, the couch of the day. She gazes at the apartment complex across the alley. Sometimes she sees an American woman undressing in front of a vanity. When she sees this woman Heejoung likes to turn on the dining room light, hoping to make herself visible.

The woman’s apartment is dark this evening. But the apartment above hers is lit. Its window opens. Two large pillows are tossed outside. Then sheets. Photographs. A glass vase that shatters amazingly. An unzipped suitcase is held outside and flipped upside-down. Clothes float slowly to the ground. Then a woman steps onto the windowsill. Heejoung scrambles to bed.

Her sons are five and seven years old and they revere their father. They ask Heejoung for the same kimchi and boiled egg lunches their father eats. They like wearing black slacks and oxfords; they prefer briefcases to backpacks. Every morning, they beg him for a ride to school. While his driving them is not abnormal, it is uncommon, and this morning—the way that he insists on choosing their clothes, how  he demands they eat their breakfast faster, how  he tells them, before leaving, to kiss and hug their mother goodbye—perplexing.

Why would they leave for school 30 minutes early? Heejoung wonders. Why would he ask her, on Saturday—two days after she asked for divorce—if she would mind if he drives them on Thursday? He never asks her approval for anything. Is he trying to respect her? To prove he is different now?

In the foyer, she asks Sang Min, while zipping up his windbreaker, if he would like to go to the park after school. He shrugs. She can see he’s not saying something. Jun sprints out the front door. His brother squirms free, chases after him, and they run to the car swinging their briefcases in low matching arcs.

After they leave Heejoung anxiously cleans. She mops the kitchen and bathrooms. She polishes utensils, then polishes spatulas, peelers, and whisks. She dusts ceiling fans. Bakes seventy-two  cookies, eats one and a half. She vacuums the boys’ room. When she opens their closet, to vacuum in there, she finds stripped hangers piled on the floor. The dresser contains three socks, a white T-shirt, torn jeans, some underwear. Bear Snores On and 365 Penguins, their favorites, remain on the bookshelf. Their toothbrushes are still in the green plastic cup next to the sink. This calms her, briefly.

She calls her husband. No answer. She leaves numerous messages. That afternoon the boys do not emerge from the school bus. She chases it on foot, but is unable to catch up. She runs home and calls the school. Her sons were marked absent, she learns, excused by their father.

What if she had told her husband that the boys should take the bus, instead—that she wanted to cook them a big breakfast? Eggs and black beans and brown rice? That she didn’t want them to sit in the lunch room for 30 minutes, supervised by a gruff gym teacher reading the sports section? Would he have said, “Okay, fine, but I’ll pick them up,” and taken them to Seoul on a later flight? Would he have signed them out during lunch and raced them to Portland? Would she have found their empty dresser in time?

In time to do what?

In Korea, men remember her face. They see it on KBS news. MBC news. They download the image of her on the courthouse steps, face strewn with pixelated tears, from the Korea Times website. They send letters. In them they express sorrow for her cowardly husband’s actions. They propose discussing his cowardice over dinner. Some men claim to be lawyers. They promise to win Heejoung custody of her children. But first she must meet them for dinner. She doesn’t. They spell too poorly for lawyers. Other men ask how horrible a man must be in order to abandon such a beautiful woman, an intelligent woman, a woman who must eat out occasionally, right? A mechanic in Seoul compares her husband to a bunny rabbit and then compares himself to a lion. But a lion would chase her in person. A lion would not fix others’ cars.

The letters speak to her vanity but keep talking. They remind her that her husband has fled to Korea with her children, leaving, in their place, two mortgages she hadn’t known existed. The letters remind her that the Korean judicial system supports him. A father cannot kidnap his children, the court has decided. And: The children live in a large white house, their beds made daily by a capable stepmother. They are well fed and better educated; they earn top marks at boarding school. He has hurt her, not their sons. Doesn’t she want what’s best for her children?

What if, during breakfast, Jun got oatmeal on his collar and when she brought him upstairs to change the closet was empty? Would he have said that Dad stuffed their clothes in a suitcase? That he planned to take them to Seoul?

What if, as she zipped Sang Min’s coat, he said, I need to tell you a secret: Dad defaulted on his second mortgage. Our TV, our swings, this briefcase (he lifts it over his head, leaning from the effort), everything belongs to the bank?

What if as her husband waited in the car the boys said, adorably, in unison, Dad tries to buy our affection with toys and sweets because, unlike you, he does not really love us and fears we will not love him back? That is why he is kidnapping us. Because we love you more than we love him. Would she feel any better if they said that?

A church friend has given Heejoung a hostess job at the Japanese restaurant he owns. The restaurant is rarely busy. She spends entire shifts considering appeals to the high court in Seoul, or imagining the American court, which has granted her custody, reaching its hands into Seoul to scoop up her sons and return them to Whitfield. She reimagines that morning in March, down to the fried-egg-and-boy-sweat scent of Sang Min’s jacket, the granola bar crumbs she found on Jun’s pillow. She enters the morning wherever she pleases. During breakfast. Hugging Sang Min and reaching for Jun. From the front door watching her husband’s Corolla drive off. But she cannot change anything. She has created a museum in her mind.

Eric, the first waiter on shift, tells her he loves her. He does not really love her. It’s a game they play. She tells him she loves him. He leaves to check on his tables.

Bored, Heejoung watches people rush past on the sidewalk, noting hairstyles, the wash of their jeans, distinguishing limps. Sometimes, hours after they pass, or days, weeks, they return to the restaurant, and she likes to surprise them with her memory, to smile and say, when they open the door, “I knew you’d come back.”

Alex's fiction appears or is forthcoming in Indiana Review, Tin House Flash Fridays, Booth, and elsewhere. He currently lives in Arizona, where he is an MFA candidate at Arizona State University and the International Editor for Hayden's Ferry Review. 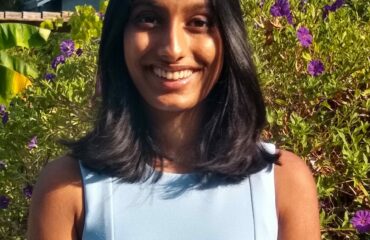 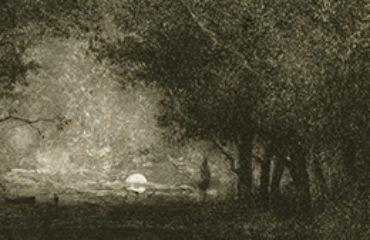